Less Ads, More Data, More Tools Register for FREE
Hand sanitizer and surface cleaner company Byotrol had a strong 2020 and are confident about 2021

BT is part of the Telecommunications sector.

I’m also watching very closely what happens to the NBN in Australia. That’s nearly built and the gov there are anxious to flog it off. There are differences between the networks but even so the sale multiple will be used as a comparable for valuing Openreach’s FTTH network. Th

The firm suddenly looks the best asset a federal government could have when budget deficits are blowing out. Its latest corporate plan points to the business possibly repaying more than the money invested in it.
Sep 24, 2020 – 12.00am

Share
In the space of 24 hours, Communications Minister Paul Fletcher and NBN Co chief executive Stephen Rue have blown up three of the most commonly held beliefs about the government-owned wholesale broadband network.
First, there was a pervasive view that NBN Co would never make an adequate return on invested capital. It would be a white elephant that would remain in government ownership for decades.

Paul Fletcher says by 2023, 75 per cent of fixed-line premises will be able to order 1 gigabyte per second broadband. David Rowe
Second, there was a widespread perception that, at some stage over the next five years, the federal government would have to write down the value of NBN Co by billions of dollars.
Third, there was a widely-broadcast message that Australians would not have to pay high prices for super fast, fixed-line broadband.
All three of these beliefs can safely be consigned to the garbage bin.
RELATED QUOTES
TLSTelstra Corporation
$2.84

Advertisement
NBN Co’s 2021 corporate plan, released yesterday, forecasts the business will have earnings before interest, tax, depreciation and amortisation of $4.5 billion by June 2024 on the back of annual revenue of $6.2 billion.
The company will still lose $900 million in fiscal 2024, but it is clearly on track to earn a net profit in 2025.
NBN Co is an infrastructure business similar to companies with reliable cash flows – such as Transurban – which is valued about 29 times its 2021 estimated EBITDA by Macquarie Research. This reduces to 23 times in 2022 and 21 times in 2023 as conditions normalise post-COVID-19.
Another proxy for valuing NBN Co is Telstra’s NBN cash flows, which are paid by NBN Co to Telstra for use of its pits, ducts and pipes. These are valued by analysts at UBS using a multiple of 16.
Enterprise value
Using a blend of these valuation multiples it is not unreasonable to say NBN Co could have an enterprise value of about 22 times its $4.5 billion EBITDA, or $99 billion in 2025. Of course, enterprise value includes debt.
NBN Co says it will have about $27.5 billion in private debt by 2024 as it replaces its government borrowings with mo

Indeed, Brexit and Covid combined have a similar feel to the 2008/9 crisis and there's no reason to suppose that BT's share price wont take off once the downward pressure subsides. If there's a Brexit deal it will likely be a faster recovery, although I believe the same will happen in a No Deal scenario, but over a longer period of time.

I agree, £3 will do me, that's not to say £5 won't be achievable, but I'm pretty confident that we will see a share price of £3 again.

It's irrelevant anyway. Once Brexit and Covid are done and dusted, that will lift the price and then the restart of the dividend, in the next financial year, will give BT another boost. In the absence of any bad news, the market will be compelled to rerate BT higher. My personal view, is that we'll see a rerun of the chart following the 2008/9 financial crisis, whether £5 is retested remains to be seen.

Be there for the moments that matter with superfast fibre broadband, TV packages, BT Sport & mobile deals from BT. Discover more about what our products can offer you, manage your account & get help when you need it online today. 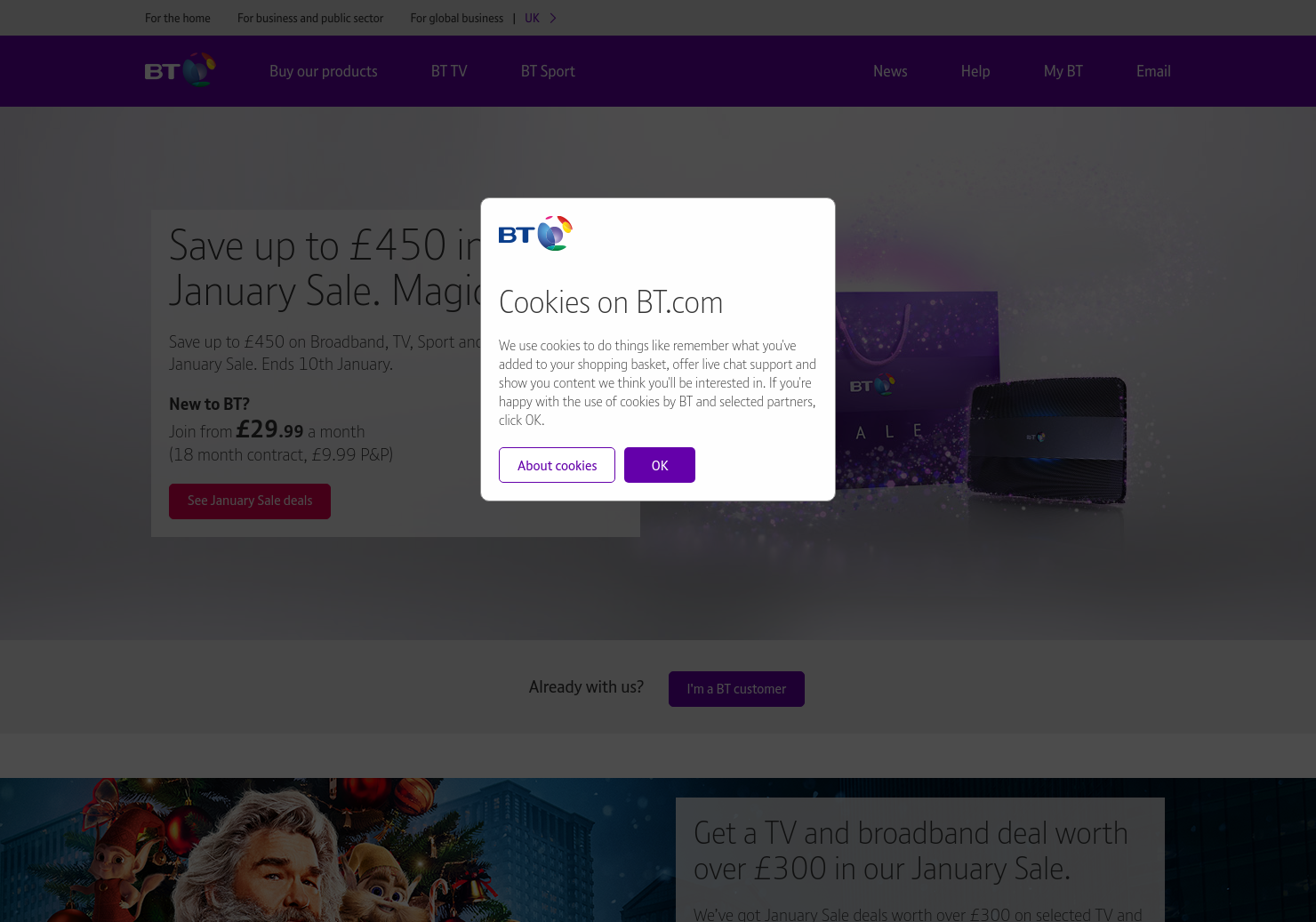