Galliford Try is part of the Building and Materials sector.

Galliford Try Holdings Plc Ord 50P is listed on the London Stock Exchange, trading with ticker code GFRD. It has a market capitalisation of £133m, with approximately 111m shares in issue. Over the last year, Galliford Try share price has been traded in a range of 101.08, hitting a high of 201, and a low of 99.92.

Thanks for your input IARP.

Why didn't the auditors pick this up.... seems like fraud to me....they tried to hide this by hiving off the property assets. Some people should be jailed and the entire board sacked... what a crooked lot...

Not smelling right, or have I just got a cold coming

Yes Chunky, they got pulled up by the Financial Reporting Council this morning for overstating revenues and understating cost of sales since June 2018.

Whilst the dividend is extremely disappointing (suggesting an annualised dividend of no more than 3p), the results aren't too bad in my opinion. But the market doesn't like companies whose accounting cannot be trusted and this is probably why even in this brutal market the shares are badly underperformed today.

I sold half my holding yesterday so my residual holding is all profit. I'd have sold the rest this morning if it wasn't for the fact that I reckon there's probably 30-40p short-term upside one today's close once the Coronavirus panic levels out. That said, there are plenty of better post-Corona plays than Galliford imho.

Good luck to all holders.

Galliford Try admitted to accounting errors that meant it overstated its assets by £94m, following an investigation by the Financial Reporting Council that concluded the infrastructure company should write down a significant contract. The accounts watchdog said it had “raised a number of issues” with the UK company, including its recognition of revenue on construction contracts and its cash flow statements. Galliford Try cut its prior year revenue and profits following the review by £62.5m and £17.5m.Galliford said in its interim results on Thursday that it should not have recognised an £80m legal claim related to an Aberdeen bypass project as an asset in its accounts. A dispute over the final bill for the Aberdeen Western Peripheral Road, a contract it negotiated from Transport Scotland, settled late last year, with Galliford securing £32m.The half-year results showed that the FTSE 250 company swung to a loss of £4.6m from a profit of £2m during the same period last year. Revenues fell to £636m from £728m. It said the £32m settlement had been marked as income in the current financial year. The regulator started naming and shaming companies that it forced to make changes to their accounts in 2014, as part of tougher sanctions to encourage directors to get their accounts right first time. The FRC’s announcement on corrections to Galliford’s accounts, its first such announcement in more than a year, suggests it is ramping up the policy ahead of its transition to a new statutory regulator called the Audit, Reporting and Governance Authority. The FRC reviews between 200 and 300 annual reports from listed companies each year. Last year it raised questions with 80 of 207 companies it reviewed and ordered corrections at 12 of them. Galliford has come under pressure from expensive and tricky construction projects in recent years, including the Aberdeen bypass and the Queensferry Crossing near Edinburgh. Last year it started reducing the size of its construction division to focus on more profitable areas such as regional building, highways and water infrastructure projects. It also sold its housing businesses to Bovis Homes in a deal worth £1.1bn. Galliford Try said: “The company has already complied with the amendments that we agreed with the FRC and we maintain our commitment to transparent reporting of our financial statements .”David Rule, FRC executive director of supervision, said: “We will continue to hold companies to account when they do not comply with the requirements of relevant financial reporting standards .”The FRC did not sanction Galliford’s auditor, PwC, which had checked the company’s books for 20 years and was replaced by BDO this year.

is this not misleading shareholders

Galliford Try is a FTSE 250 business and one of the UK’s leading housebuilding, regeneration and housebuilding groups with revenues of £2.7 billion. 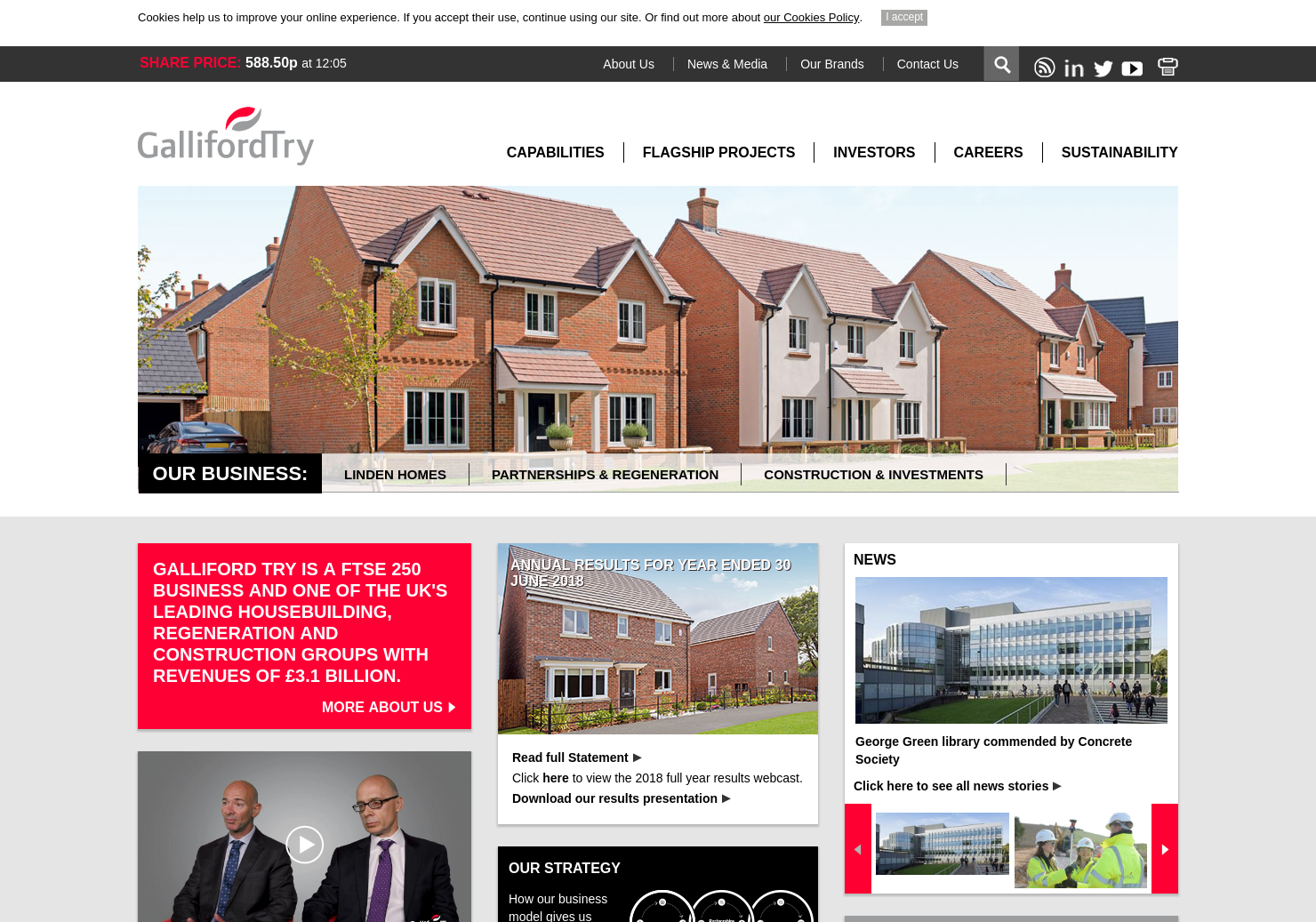