Smiths Group is part of the Industrials sector.

Smiths Group Plc Ord 37.5P is listed on the London Stock Exchange, trading with ticker code SMIN. It has a market capitalisation of £5,715m, with approximately 396m shares in issue. Over the last year, Smiths Group share price has been traded in a range of 988.5, hitting a high of 1778.5, and a low of 790.

Stunning trading report. Not many companies will post increased revenue to 31st May 2020. good one to buy and tuck away for a couple of years.

UK's Smiths makes ventilator available to other producers
Sat, 21st Mar 2020 11:17Thomson Reuters
LONDON, March 21 (Reuters) - British technology firm Smiths
Group said it was making one of its ventilators
available for other manufacturers to produce, part of a
coordinated attempt to tackle a shortage of life-saving
equipment as coronavirus spreads.

The group's Smiths Medical unit was providing intellectual
property and advice to other companies to make its PARAPAC
Plus lightweight ventilators, and it was ramping up its own
production at its site in Luton, just north of London.

Smiths said it was also talking to contract manufacturers to
add production capacity in the United States and elsewhere.

"We are doing everything possible to substantially increase
production of our ventilators at our Luton site and worldwide,"
its chief executive, Andrew Reynolds Smith, said.

Smiths said it was working with suppliers to increase
production over the next two weeks.

Smiths is a member of one of three consortia of companies
set up by Britain's government to speed up production of
ventilators.

The three teams are led by aerospace engineer Meggitt
and carmakers McLaren and Nissan. European
planemaker Airbus has offered help with 3D technology
and facilities if other companies need it.
(Writing by William Schomberg, editing by Ed Osmond)

aint got time for a indepth research. only put £400 inno.

You do realise that they are demerging the medical equipment business after years of poor performance?

for a medical equipment bisness. should go to 12 pounds easily

At Smiths we enable modern life. We make the world safer, healthier and more efficient. If you look closer, you will see us. Helping solve the world's challenges. Innovating for our customers. Creating the future. 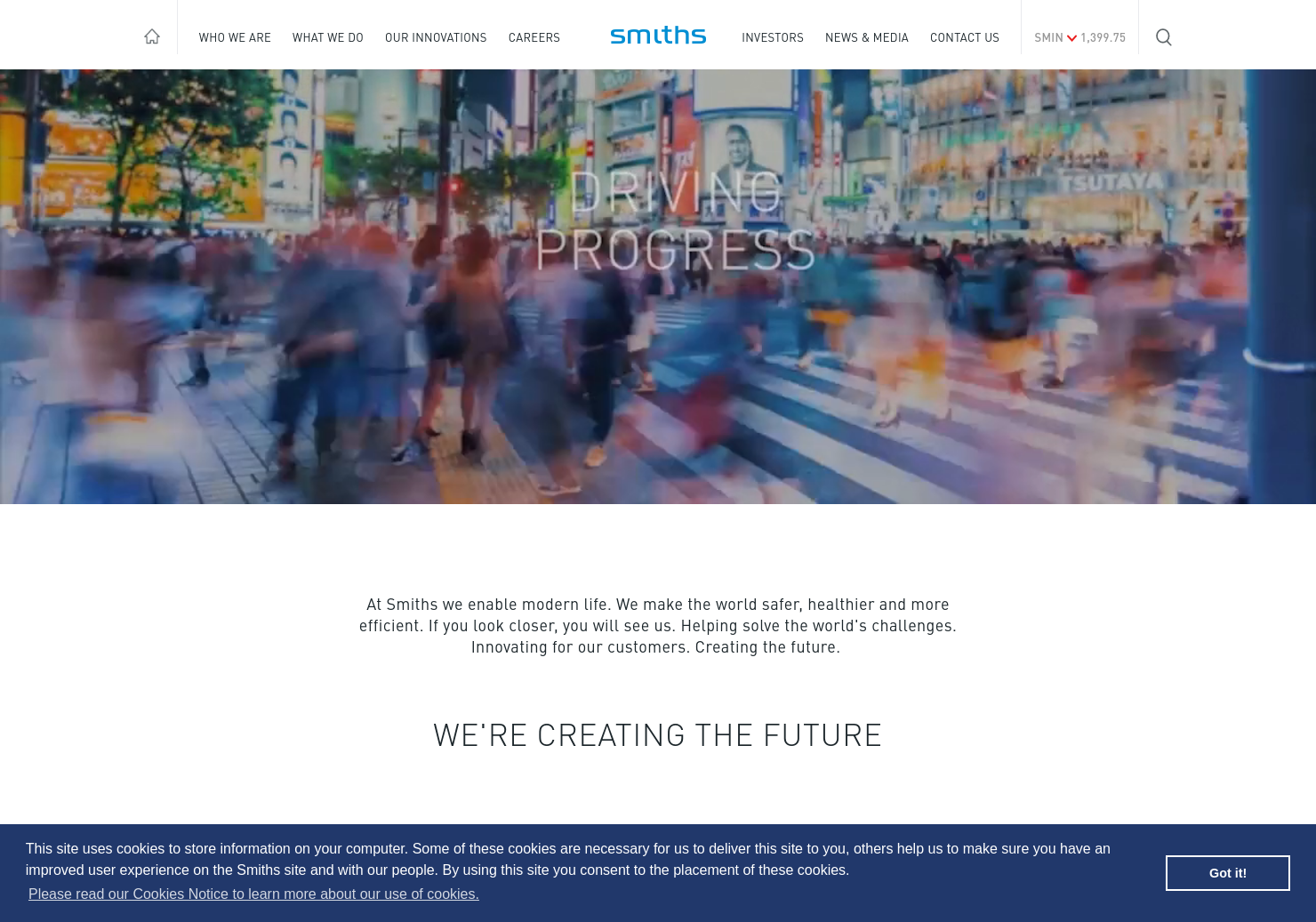