Herald is part of the Alternative Investment Instruments sector.

Herald Investment Trust Plc Ord 25P is listed on the London Stock Exchange, trading with ticker code HRI. It has a market capitalisation of £1,116m, with approximately 66m shares in issue. Over the last year, Herald share price has been traded in a range of 833, hitting a high of 1710, and a low of 877.

Is there any chance of this company paying a dividend again soon?

"There remains more value in microcaps, but the ability for companies to grow profits appears to be more challenging than it has been. The UK portfolio seems likely to decline as a percentage of the whole. While a degree of caution seems rational it remains a mandate that seems to have attractions relative to most other asset classes. We continue with enthusiasm," a statement issued by the fund reported.

According to its latest fund factsheet, dated December 31st, 65.1% of gross assets were held in the UK.

The company described this NAV as "satisfactory in the context of returns made from the wider indicies".

It said that the UK portfolio had risen to the highest proportion of the equity portfolio since the turn of the century at 70.9%, while the US portfolio fell to 20.9%.

Concluding its results, the company described 2012 as "adequate", adding that it "could have been better". It said that the outlook for 2013 remained "uncertain" but from the perspective of the sectors it targeted, Herald said that the US seemed to be better placed to address its economic issues than elsewhere. 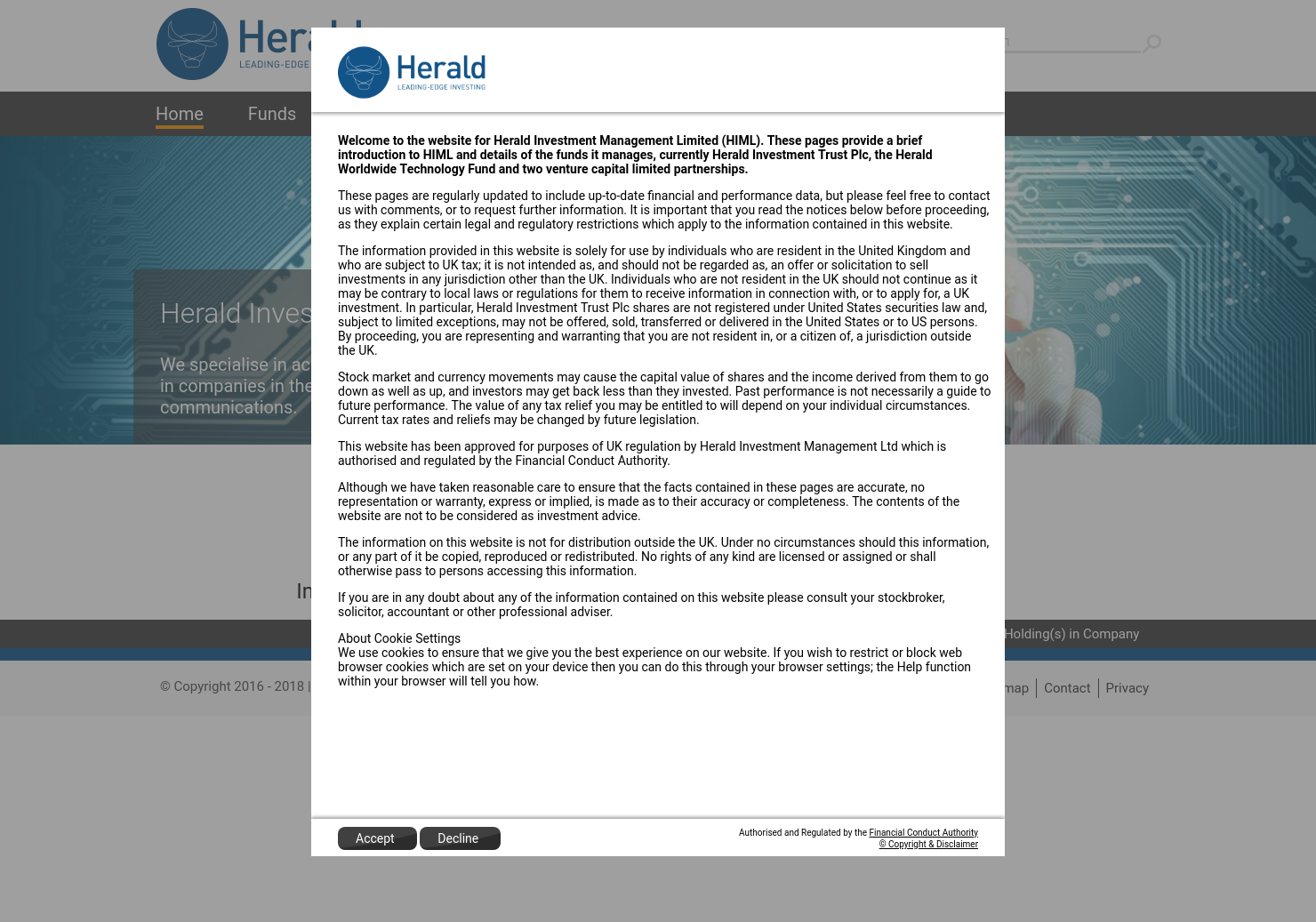