Derwent London Plc Ord 5P is listed on the London Stock Exchange, trading with ticker code DLN. It has a market capitalisation of £3,901m, with approximately 112m shares in issue. Over the last year, Derwent London share price has been traded in a range of 1163, hitting a high of 3497, and a low of 2334.

This is great undervalued share at the moment. Derwent London own and are constantly developing a huge property portfolio.

Derwent London benefits from office property boom: London-focused real estate investment trust Derwent London reported a strong set of first-half numbers that beat expectations last week. The FTSE 250-listed company, which has the majority of its property located in the West End of the capital, said the valuation of the portfolio had increased by more than £300 million, or 10%, in the first six months of the year, to £3.74 billion at June 30. The property sector as a whole was given a boost last week when Mark Carney, Governor of the Bank of England, hinted that U.K. interest rates will stay lower for longer. Rental values increased by 4.2% during the first half and the portfolio yields 5.02%. The net debt of £974 million at the end of June has an average maturity of 7.2 years and a weighted average interest rate of 3.98%. John Burns, Chief Executive, said: “Derwent London is set to have another good year in 2014 after an excellent first half. Our confidence in our market, the quality of our brand and our strong financial position is reflected in the group’s most substantial development programme to date.” The company has 626,000 sq ft of space under construction of which almost a third is pre-let. Shares in Derwent London have enjoyed a strong year so far, up almost 14%, and easily beating the wider FTSE 250 that has fallen 1% during the same period. The performance follows a stellar five-year period during which the shares have more than tripled in value from lows of about £8 in early 2009. The shares now trade on a forecast price earnings ratio of 48 times, falling to 41 times next year, and offer a prospective dividend yield of 1.5%. Derwent is in a strong position, but Questor would argue that property moves in cycles and would be wary about getting in at the top of this one. Derwent London at £28.21 Questor Says “Hold”. 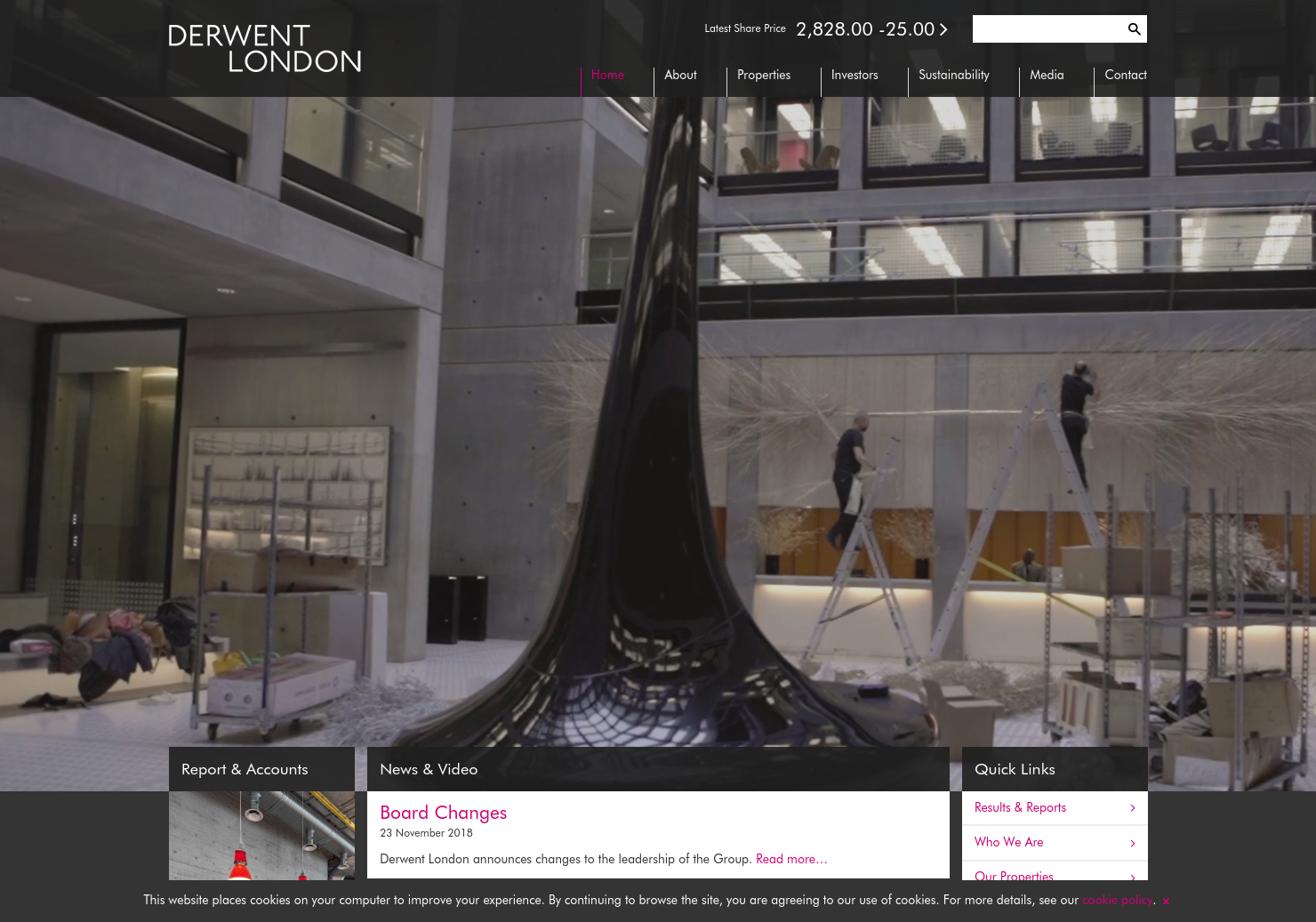