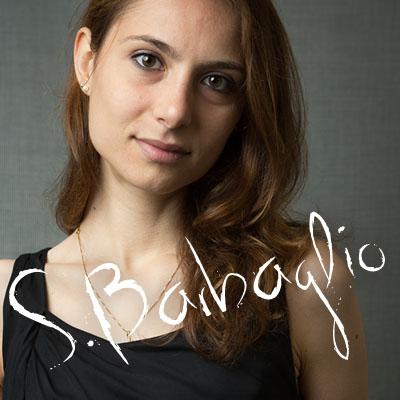 Stefania Barbaglio, is the 'Lara Croft' of the small capital investment community. She has become a well-known figure in the City of London. Italian by birth. Known for her creativity, unique personality and entrepreneurial spirit, Stefania founded Cassiopeia Services, a boutique Investor & Public Relations agency based in her adopted city of London, working with private and public listed company's across various sectors in the United Kingdom and overseas, China, USA, Canada, Africa and Australia.
Stefania's experience in media communications and net-working is second to none. Her interest, knowledge and enthusiasm whilst seeking out investment opportunities within the financial markets has led to her being one of the most connected and sought after consultants in the City. Her work ethic is balanced with a rigorous, competitive, athletic, fitness mania. She also curates and co-hosts the Lse.co.uk TV show. Follow Stefania on twitter @stefixy

In the current commodity price environment, with oil prices at their lowest level for decades, companies are under huge pressure. It’s survival of the fittest. Many have been forced to halt oper...

While the oil market is at historical lows as the global economy struggles with a production cut that will eventually set prices rising again, AIM-listed Ascent are rolling the dice, setting up an amb...

“I believe there’s still a great deal of opportunities to be exploited in the North Sea”, says Independent Oil & Gas, CEO Andrew Hockey. Combining a good portfolio of assets, ...

Berkeley Energia (LON: BKY) Get Set For A Busy Summer

Where the market is concerned, summer doesn’t have to mean a holiday. Not all companies and CEOs take long summer breaks, leaving the business dormant with no relevant news flow and investors hu...

Uranium prices have continued to trend lower. Time to research the best companies. Global Commodities markets are cyclical and volatile. Timing is everything. Movements from bear to bull markets can...

I’d like to start with a question to private investors: Do you remember Sound Energy three years ago? Well, I do. I was their in-house Investor Relations Officer. Sound Oil & Gas, as they ...

I'd like to start with a question to private investors: Do you remember Sound Energy three years ago?

I’d like to start with a question to private investors: Do you remember Sound Energy three years ago? Well, I do. I was their in-house Investor Relations Officer. Sound Oil & Gas, as they ...

The common wisdom that Canadian markets are a difficult environment for independent oil & gas companies to raise money may be true. However, this week features an exciting IPO (Initial Public Offe...

Get ready for a profitable 2017

With 2016 almost behind us and the Christmas holidays just around the corner, there will soon be plenty of time to spend with family but also to re-think your investment portfolio. It’s time to ...