Schroder AsiaPacific is an Investment Trust

To achieve capital growth by investing in equities of companies in Asia, (excluding the Middle East and Japan) and the Far Eastern countries bordering the Pacific Ocean.

Schroder Asiapacific Fund Plc Ord 10P is listed on the London Stock Exchange, trading with ticker code SDP. It has a market capitalisation of £1,068m, with approximately 167m shares in issue. Over the last year, Schroder AsiaPacific Fund share price has been traded in a range of 291, hitting a high of 686, and a low of 395.

The results come off the back of the appointment of Rosemary Morgan as Non-Executive Director of the company in July. Morgan worked as a Japanese equity fund manager for 16 years at John Govett before joining the Institutional Client team at Fidelity, and RBS from mid 2007.

Schroder Asia Pacific was given the authority to purchase up to 14.99% of its issued shared capital for cancellation at the last annual general meeting in February 2012. However no ordinary shares were acquired by directors for the year ended September 30th.

Shareholders have been urged to attend the next annual general meeting on January 29th 2013 where a presentation will be held on prospects for Asia and the company's investment strategy.

The equities investor announced £4.91m net revenue after tax for the year ended September 30th, a sizeable jump from the £4.03m reported in the previous year.

The net asset value of the company recorded a total return of 28.7% over the year, exceeding the benchmark of the MSCI All Countries Asia ex Japan Index which rose 15.7% over the same period.

"Regional markets made positive progress over the year under review despite some challenging global developments, particularly the continued bouts of uncertainty over the future of the euro with the focus shifting from the smaller economies of Greece and Portugal to the systemically more critical cases of Spain and Italy," the company said in a statement.

"The relative performance of the company's portfolio has been strong over the period. The main contributors were strong stock selection in Korea, Hong Kong, Taiwan and Singapore, with lesser added value from the Philippines, Thailand and Indonesia."

how do you work out the formula asset value of this share.is anybody taking up this offer and if so why? 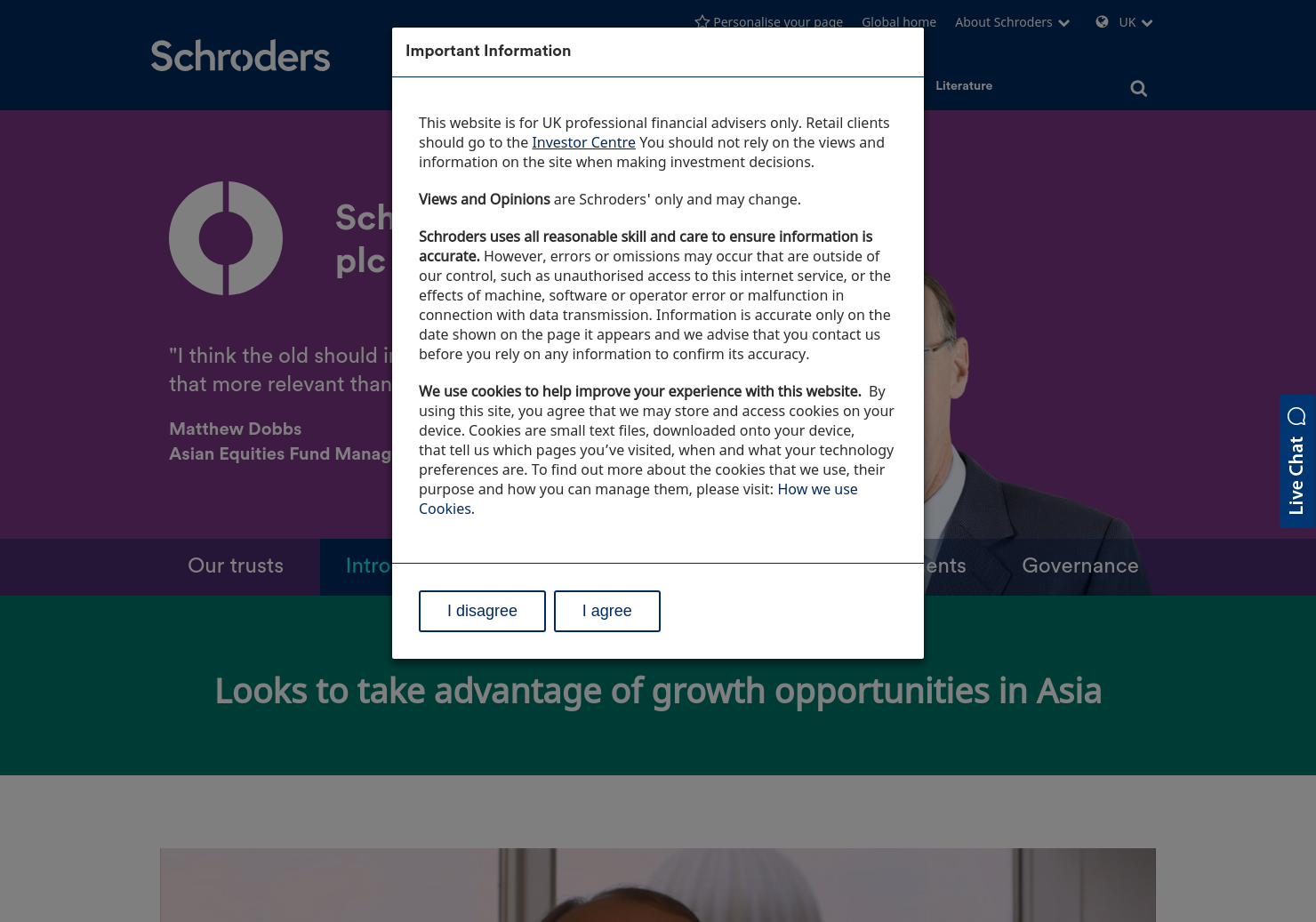