View Video
Will Rhind, CEO at US provider GraniteShares hails ETF's as a low cost alternative for investors

Mitchells & Butlers is part of the Tourism and Leisure sector.

Mitchells & Butlers Plc Ord 8 13/24P is listed on the London Stock Exchange, trading with ticker code MAB. It has a market capitalisation of £511m, with approximately 429m shares in issue. Over the last year, Mitchells & Butlers share price has been traded in a range of 390.7, hitting a high of 483, and a low of 92.3.

well....so much for "prudent investor" haha sheer and utter panic. shakepeare, eat your heart out; talk about much ado about nothing. The way this is dropping it will be zero by the end of the day never mind 90p...yet it will be one of the least affected by curfew measures. Volume is not particularly high for such a drop.

Go figure. ill certainly be looking into what plans out lord and master have for us tomorrow before topping up again which i definitely will be at these barmy prices. Stick them in the draw for 2-3 years....the bobs your aunt.

Your a selfish ******* only caring about yoru money and the stock market hahaha. This virus would be deadly if we did nothing about it!

This is going to plummet big time. Its just a mtter of whether i want to take the risk in the 70 to 80p range when this could vanish off the face of the earth, find cover.

It is looking increasingly likely that the govt will most likely ask pub doors to close at 10pm. Sure, sentiment will whack the SP, however look a little closer and MAB may not look so badly affected as others.

The restaurants such as harvesters, toby carvery ect close at 10pm anyway, mabye some urban branches at 10.30pm. all bar one close at 11pm-12am in central london branches, but elsewhere around half 10 but only have 56 bars and 37 o'neills pubs so constitute very little in terms of revenue generation, and of course ALEX, their German operations which are unaffected.

It seems that the vast majority (75-80%) of MAB portfolio will be unaffected as they shut at 10pm anyway. On the other hand, weatherspoons pubs close much later, 80% usually around 12 or 1am, and the others at 11pm, therefore have much greater exposure to curfews at 10pm. Hopefully the more prudent investor can see this.

Been in and out over the years. Sorry to say, and I am sorry, it's going down imo.
Will look at getting back in around 75p. Significant risks to factor in now. Can't see how it's at 140 still tbh. I think the govt may step back in, but its a sticking plaster. 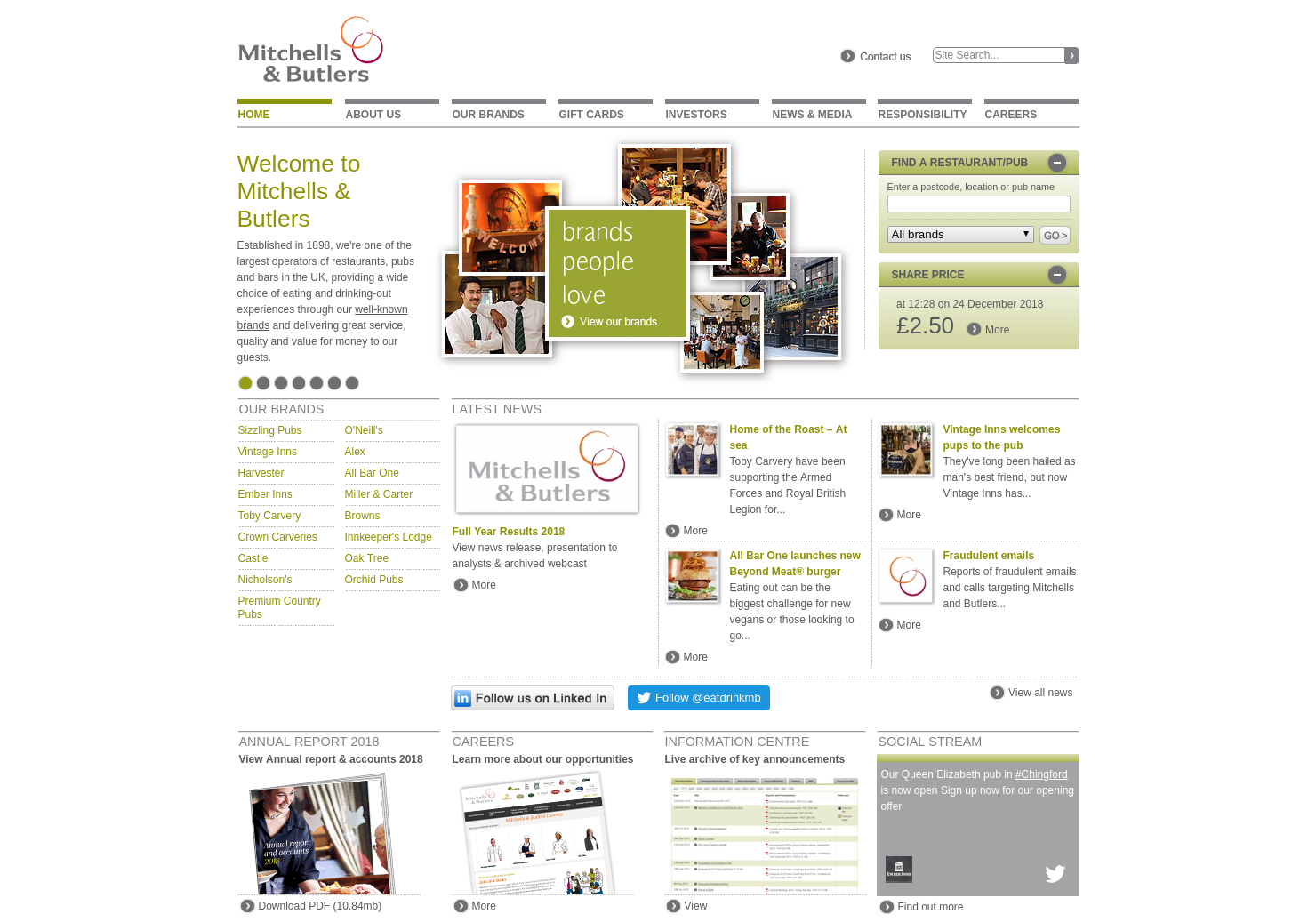