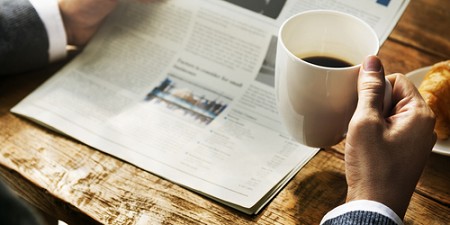 “Freedom Day” as Boris Johnson profoundly announced, is on the horizon, and it is nothing short of freedom. In a press conference at No10 last night, the Prime Minister finally hosted the only press conference we have all been waiting for, despite rising infections, deaths remaining low, the NHS is not being subjected to undue burdens, and therefore we can begin the process of winding back the strict COVID regulations which have governed our lives since last year.

The Government has also decided that this will not be a “piecemeal approach”, instead going for the change “in one go.” When pressed on whether face masks would be obligatory within healthcare, the reply was ‘all legislation will be repealed.’ Excited? Don’t be. Of course, there were a plethora caveats, including the Government’s ability to change their mind, which is a phenomenon we are becoming accustomed to.

Despite the move to open all hospitality which has remained closed thus far, dropping the social distancing measures, dropping the limit of named visitors in care homes, the working from home directive being withdrawn, and dropping the obligation to wear face coverings; the narrative has changed slightly. We were told that the path out of lockdown would be ‘irreversible’, however the message is clear… it is not irreversible, and restrictions may well return, potentially in autumn or winter, when the virus ‘has the edge’.

This is beginning to sound like giving with one hand and taking with another. The restrictions will potentially be lifted on 19th July, subject to the final decision being made next week, at which point infections are forecast to have surpassed 50,000 a day. Beware of the Greeks bearing gifts, this could be a temporary reprieve before measures come back in, so as Boris proudly declared, don’t go “demob happy”.

In further COVID-19 news, Germany has lifted their ban on UK travellers, anyone who is fully vaccinated will not be required to quarantine. This also applies to travellers from Portugal, Russia, India and Nepal, as of Wednesday. This is a positive step, and an indication that global leaders are looking to return to normal.

One of the COVID-19 regulations that was not given clarity last night, was whether travellers would be required to quarantine upon return from an “amber” country, and the early signs are that the Government are about to drop that directive too; however a final decision is yet to be made.

In Europe, the European Central Bank is entering into the final stages of its biggest strategy review in 20 years, as officials look to iron out differences over future monetary policy. These discussions have been hugely protracted due to delays caused from COVID-19, despite its prevalence now, the top policy makers key issue is and was, the formulation of the inflation target.

Europe is similar to sub-prime mortgages, insofar as you have excellent economies bound together with subprime economies, all adhering to the same set of rules, even if they are obstructive. Also, the ECB will be looking to re-evaluate their contribution towards the fight against climate change, as well as the sluggish labour market.