SpaceandPeople is listed in the FTSE AIM All-Share index.

SpaceandPeople is part of the Media sector.

Spaceandpeople Plc Ord 1P is listed on the London Stock Exchange, trading with ticker code SAL. It has a market capitalisation of £2m, with approximately 20m shares in issue. Over the last year, SpaceandPeople share price has been traded in a range of 9.5, hitting a high of 13, and a low of 3.5.

SpaceandPeople plc (AIM:SAL) is delighted to announce that it has extended its commercialisation agreement with Land Securities Properties Limited ("Landsec") for the provision of experiential activity and short-term retailing until 2026 (the "Agreement").

Why poor? Not a single trade today after this news. Nothing. The spread is daft of course.

Nancy Cullen announces on LinkedIn 11.6m footfall potential for several new sites in shopping centres. Metro Centre, and various others. Not sure if new or just marketing existing capability, but very glitzy video announcing the possibilities and potential etc. Hope it gives them more momentum in the UK.

SpaceandPeople (AIM:SAL), the retail, promotional and brand experience specialist which facilitates and manages the sale of promotional and retail merchandising space in shopping centres and other high footfall venues, is pleased to announce that the Group has renewed and extended its banking facilities with Santander. This involved the replacement of the Group's existing £1.0 million Revolving Credit Facility ("RCF") with a £1.0 million CBIL scheme term loan. This loan is for a six-year duration, with no repayments or interest due in the first year, followed by repayments in years two to six with the final £0.5 million repayable at the end of the sixth year. The RCF that this replaces was due to be repaid in October 2021. 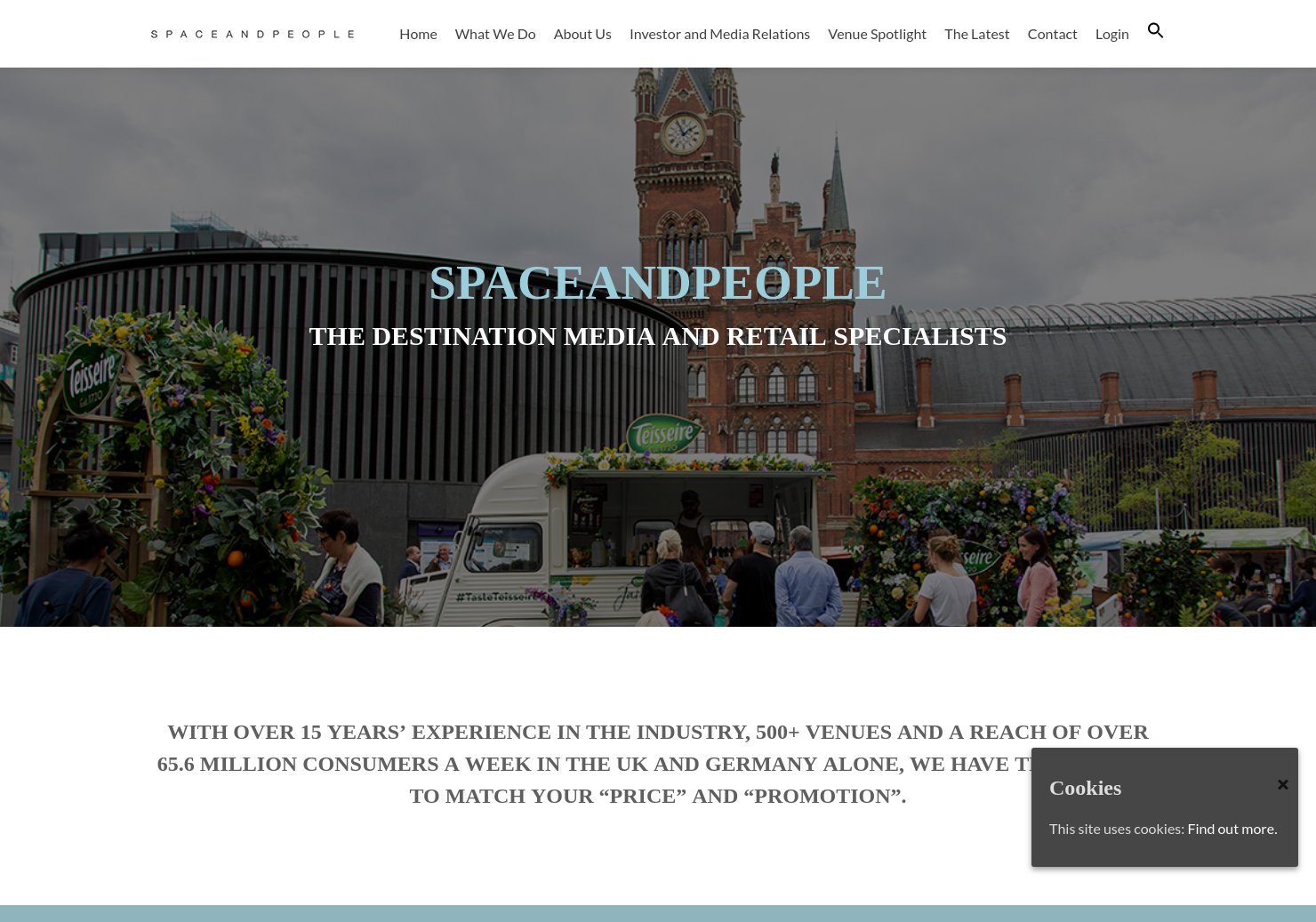