Personal Group is listed in the FTSE AIM All-Share index.

Personal Group Holdings Plc Ord 5P is listed on the London Stock Exchange, trading with ticker code PGH. It has a market capitalisation of £86m, with approximately 31m shares in issue. Over the last year, Personal Group share price has been traded in a range of 193, hitting a high of 411, and a low of 218.

There is a detailed report on our recent London seminar where Personal Group recently presented which can be found in our members area here: hTTps://www.sharesoc.org/members-area/

To access the report, you'll need to be a full member of ShareSoc, which is a not-for-profit organisation that supports individual shareholders and campaigns for shareholder rights. If you're not already a member you can join here: hTTps://www.sharesoc.org/membership/

Once you've joined, you'll receive an invitation to register for our "members network" private social network, from where you'll be able to access the report (and reports on 100s of other meetings). If you're already a member and have any difficulty accessing the report, please do not hesitate to contact us here: hTTps://www.sharesoc.org/contact-us/

For our future seminars you may want to see here: hTTps://www.sharesoc.org/events/

Personal group has undertaken a series of initiatives to improve our customer experience, sharpen its product offering and to strengthen its operating systems, all with a view to building a sound platform for longer-term growth, it explained.

Scanlon told Sharecast that he was encouraged by the strong levels of new business in a difficult environment.

"Customer engagement is a priority for us," Scanlon asserted, adding that equipping customer-facing staff with iPads has led to a sharp increase in on-the-spot subscriptions.

Personal Group is rather old school in that it still sends company reps out to talk face-to-face with customers to suss out their requirements, but its use of technology, in the form of Apple's tablet device, is very modern.

"The great thing about the iPad is that it enables instant sign-up. We can show them the benefits of our services and they can sign-up there and then. It's early days, yet, but we've seen sign-ups go up to fifty or sixty per cent from ten to fifteen previously," Scanlon added.

As for the economic picture, the employment figures are holding up surprisingly well during the recession, and Scanlon confirmed to Sharecast that Personal Group's overall model is seeing no change in employment levels.

"We've like to improve our attrition rate, obviously. We've had one or two companies running into problems but nothing, touch wood, too significant," he concluded.

An interim dividend of 8.9p per share has been recommended, up from 8.7p a year earlier.

The employee benefits and insurance firm added that trading for the current period remains in line with the board's expectations.

Profit before tax and before goodwill impairment increased by 3.3% to £4.9m while claims incurred have remained in line with the board's expectations.

Chief Executive Mark Scanlon commented: "We are reporting our strongest ever half year operating results, with new business generation at a consistently high level."

Chairman Chris Curling added: "Demand for our core products remains strong and trading for the current period remains in line with the board's expectations. Much work is under-way to improve our customer offering and to strengthen our competitive advantage. The board therefore remains optimistic for the prospects of the group."

Increase your levels of employee satisfaction and improve productivity. We help to improve the lives of employees through a simple to use employee engagement platform. 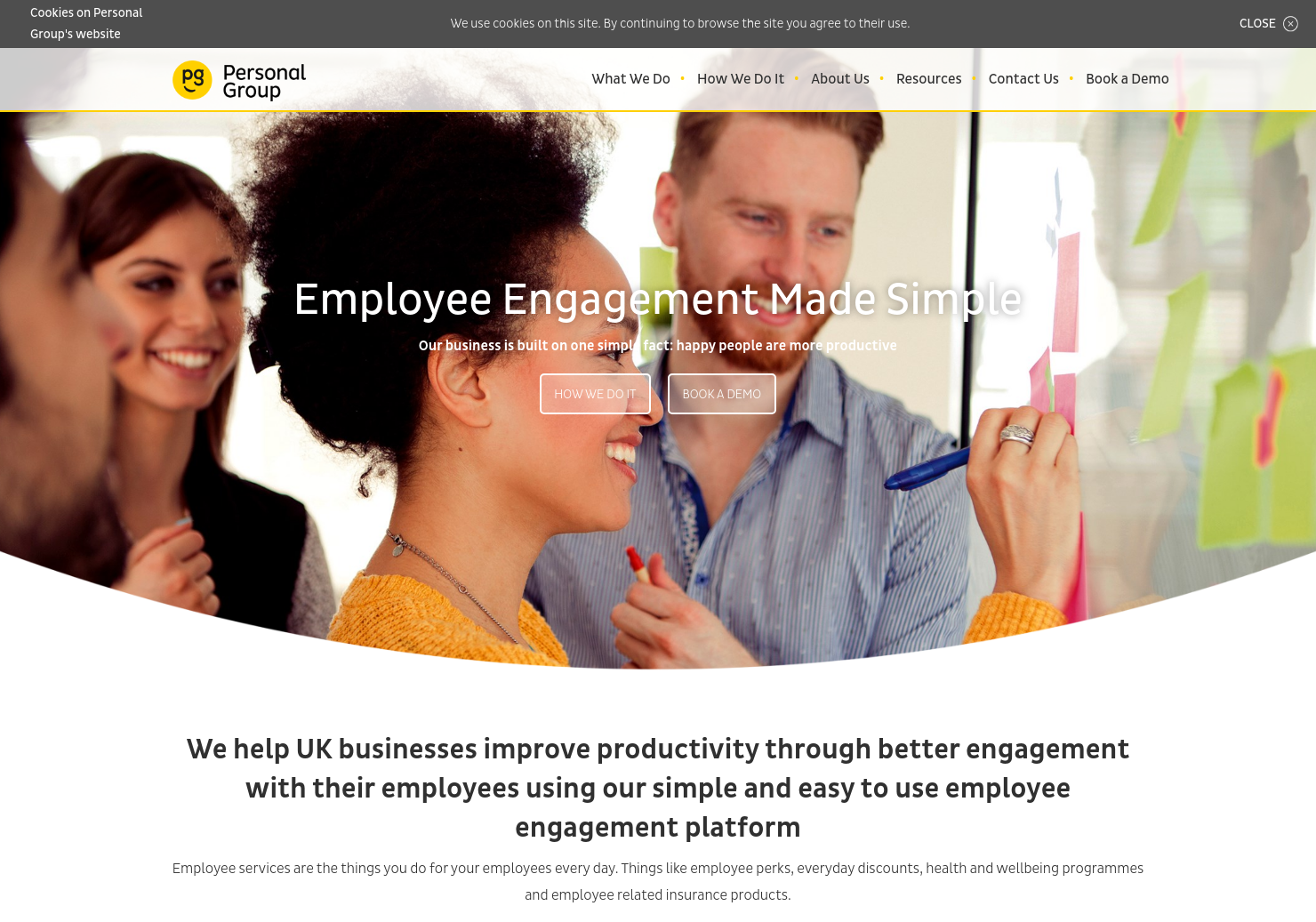