HSBC Holdings is part of the Banking sector.

‘HSBC told the Financial Times "all the information provided by the ICIJ is historical" and predated the conclusion of the bank's deferred prosecution agreement with the US Department of Justice in 2017. Standard Chartered said: "We take our responsibility to fight financial crime extremely seriously and have invested substantially in our compliance programmes."

HSBC and Standard Chartered like to wear the British badge but are making all their money in Asia for the former, the latter maintaining links to more global hot spots that are dodging international sanctions eg the Middle East.

Why is this significant ? Well who investigates them in these countries ? The local regulator of course, who in the case of HSBC and HK is the Hong Kong Monetary Authority. Does Woods really believe they exact the desired standards the UK or broader international community on face value at least demands ?

Reality - HKMA in particular, like all of these regulators, have a vested interest in the continued operations of these organisations and the profits they derive. No more less so than HK in transition.

Reality - HKMA is linked to Beijing, China needs a gateway to the West via HK and HSBC for vast funds of all kinds in and out.

Reality - HSBC hurriedly created large teams ahead of last visit to tidy up the fact they had belatedly and retrospectively adopted better practices, which they describe as fulfilling their obligations but fail to add the DPA was extended not removed.

Reality - Recruited staff to these teams desperately scrambled to find another role post visit, the infrastructure created for the illusion was disbanded soon after the inspection took place. Having been sold the importance of new roles, they disappeared and left individual careers stranded. Fortunately the global headcount reductions Circa 35k will be achieved elsewhere as HK needs people to keep the money rolling in.

Reality - the outcome was an extension of the DPA with a further fine, the ‘conscience tax’ that is taken periodically.

Reality - COVID is being blamed for dwindling income and bad loans provisions, actually HSBC undertook a rapid and vast exit of numerous large corporate accounts ahead of visit. Their failure to apply what required since DPA meant they needed rapidly dump relationships that would expose their ongoing failures to comply in interim period.

Reality - when attempts are made to share any HSBC wrong doing in HK, Mr Woods’ operation quote the HK activities being in another jurisdiction and outside of their remit, yet continue to allow these entities to fly under the Union Jack. Fines are a complete irrelevance, only custodial sentences will seek to alter traits that date back to the Opium Wars. These regulations are laws but how many have served custodial sentences ? Watch Netflix Dirty Money for answer or let me tell you, NIL

Reality - watch Narcos on Netflix and watch the cartels murdering at will, real entities to whom there were

that's the problem, the wealth so often goes to the banks not the enterprising company or entrepreneur.

This is not news really.. It`s a bit like saying the Square Mile is a big Masonic boys club.. Er yeh ,we know.
Corruption? In investment banking?? Surely not..
The irritating bit is the clearing banks will scrutinize the funds from property sales or any large amount placed into the account of "ordinary people"
Money Laundering they will tell you. Yeh right.
It will only change when Zero Tolerance is adopted across the sector and good luck with that legislation! No I`m not a commie ,I`m a Tory voter who worked in the square mile for a long time. We had the opportunity to clean this up when Fred the shred was toppled , or rather retired off in Luxury.

How is society going to create new businesses/wealth creators/manufacturers/small businesses without banks?

Is this the government telling all voters they are going to be poorer in future because the government will no longer support the financial plumbing which allows traders/entrepreneurs/manufacturers to create wealth/products/goods on a daily basis?

HSBC, one of the largest banking and financial services institutions in the world, serves millions of customers through its four Global Businesses. 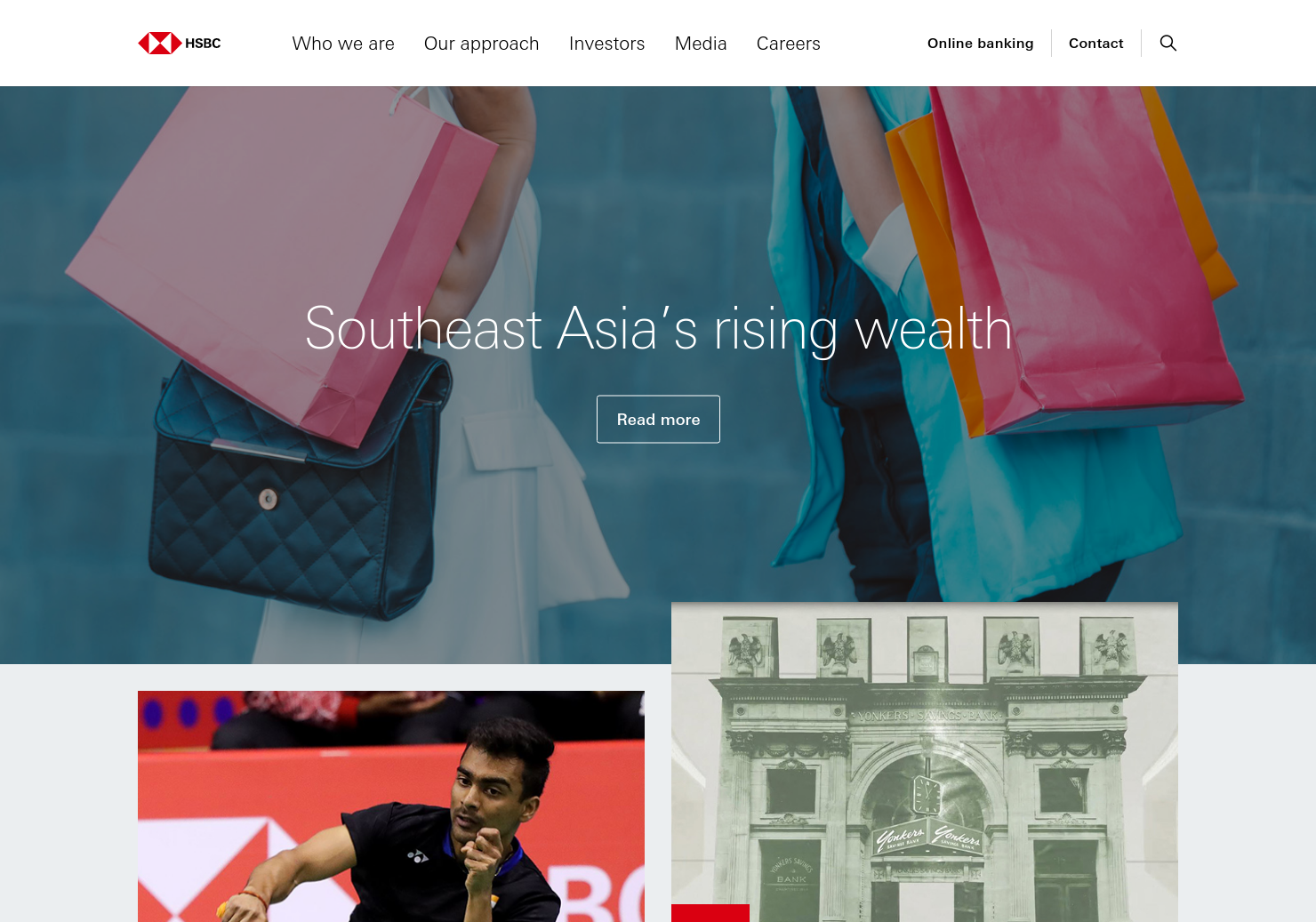