Centamin PLC is part of the Mining sector.

Centamin Plc Ord Npv (Di) is listed on the London Stock Exchange, trading with ticker code CEY. It has a market capitalisation of £2,117m, with approximately 1,156m shares in issue. Over the last year, Centamin PLC share price has been traded in a range of 104.36, hitting a high of 192.9, and a low of 88.54.

A sledge-hammer approach, to say the least downunder ...Treasury estimates that we will see close to a $4 billion reduction in economic activity per week!

"It is a sledgehammer approach when what is required is focused strategy that is community and hotspot based, and not based on arbitrary borders (BORDERS CHOSEN SO LONG AGO NO ONE REMEMBERS) that split communities," he said.

"Despite any promises that may be made by the states to keep businesses operating across borders, it can be guaranteed that the economic disruption will be immense.

"Albury-Wodonga is a freight hub which will now be divided by a 'show me your papers please' mentality."

"We have to manage them as they occur to protect vulnerable people and Australian livelihoods," she said

In Victoria ...It’s not just that Premier Andrews will simply not answer key and very obvious questions about how and why he allowed this debacle to build, instead deflecting such awkward issues to a judicial inquiry conveniently not due to report until September. In Melbourne, the immediate results are increasingly dramatic and damning of the government’s methods over the past few months, as well as being a harsh reminder of future risks...and now there is talk of a lockdown of the Melbourne CBD.

The Vic Govt is now belatedly replacing private security firms with supervision by Corrections Victoria, which is only now recruiting prison guards and parole officers and even out-of-work airline staff. Victorian police hurriedly assembled to patrol the towers only discovered their new duties as they arrived last Saturday afternoon, with the Police Association secretary demanding urgent safety briefings to avoid police unwittingly becoming vectors themselves.
“This is not going to be a pleasant experience for those residents but I have a message for those residents: this is not about punishment but protection,” the Premier of Vic said at after another sombre press conference on Sunday. Its a hell of a lot more sombre for the people of Victoria in lockdown!

Quarterly report.
So Friday will no doubt see the traders flee,if not before.
Ha ha.

Been here a long time ,like yourself, spent a lot of time reading maps and satellite views.
I still have a good memory, no dementia yet,ha ha.
I also have a basic understanding of mining.
Really not too much has changed since the Cornish mines.
You find their descendants all over the world of mining .
And It is interesting.

Absolutely spot on Mr Bond with you research.
As some may realise I have a very reliable contact who has made regular visits to Sukari over the years and they confirm-
At present the water needed for Sukari processing is supplied via pipe line from Marsa Alam by the Red Sea, a substantial proportion of used production water is then recycled through settling ponds, these ponds are monitored on a regular basis for signs of leakage on a regular basis to avoid any risk of environmental of pollution.
The Nile is well over 150km away from Sukari so the Sudan dam projects should have no affect the Sukari water supply.

Centamin - Founded in 2009, the Sukari Gold Mine is our principle asset and the first large scale modern gold mine in Egypt. 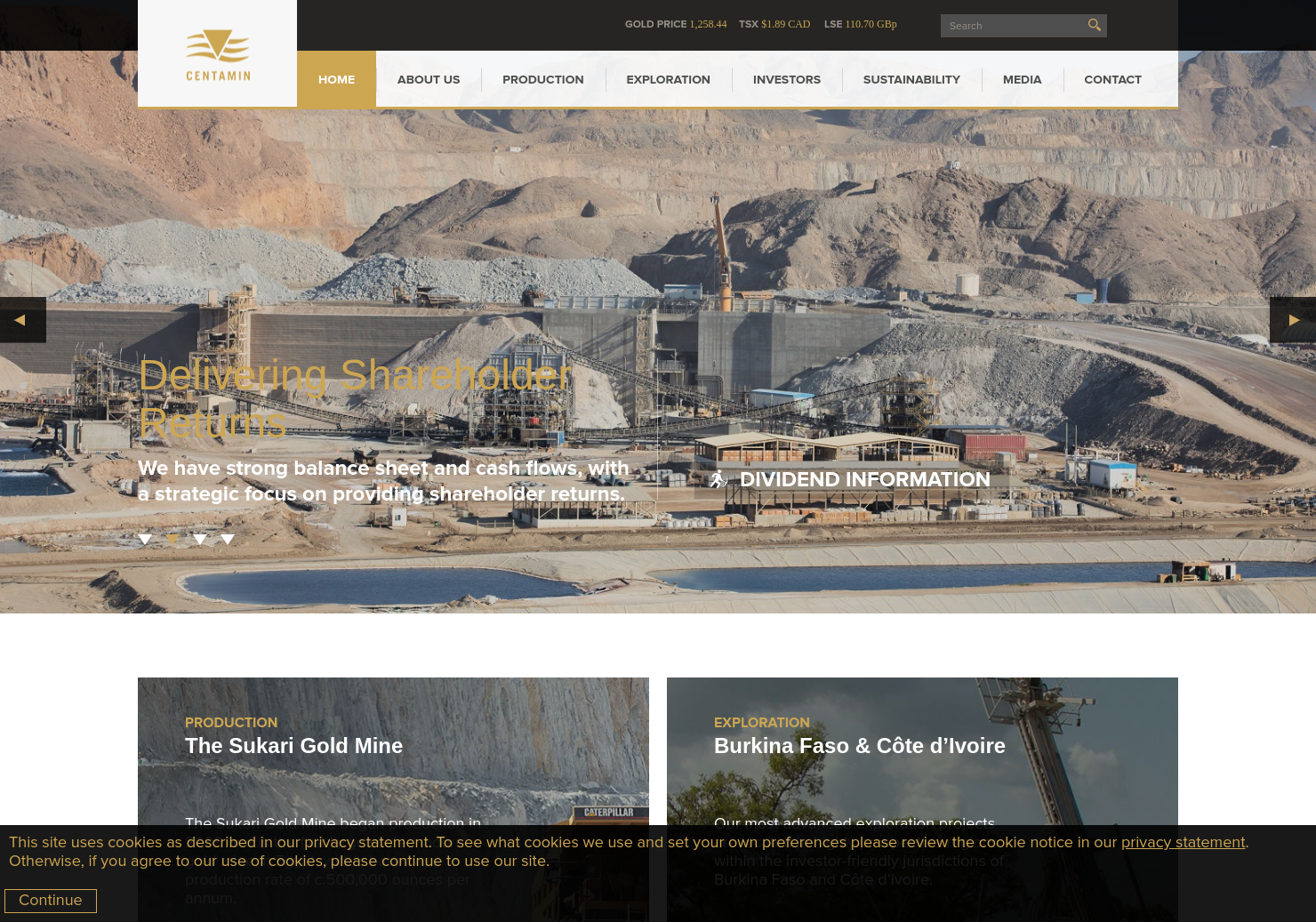