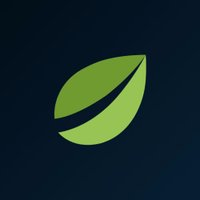 Last checked at -
Streaming is On:

View ADA/USD trades from all Exchanges

Again, technical call out for BTC at 21/22k achieved, with a dip actually slightly below the level that quickly got bought into. Good probability for the lows to now be cemented and used as base. Difficult to say for sure.

Cardano performed better than it could have. Rather than a further dip like other coins, ADA appears to have formed a double bottom and is beginning to signal a trend reversal. Certainly not out of the woods. Expect turbulence

I was considering a significant top up to around 100k ADA if we went to sub 30 cents. Doesn't look like that will happen now ... unless things unexpectedly continue to deteriorate. For now, I personally anticipate quite wild fluctuations with rapid climbs followed by some steep drops. Adding at sub 50 cents may be as good as can get. Personally not going to go all in as things can always turn. I've sufficient in here to be happy wherever this lands in a few years time. That way, still reserving a few pennies should the unexpected happen and op for lower price materialises.

All the best to hodlers, long and new. Cardano is just getting started and looking forward to the next bull run, whenever that will be

"For the near term, I'm personally anticipating a further drop to around $0.5 (weekly 200MA). Bitcoin is obviously dropping down towards either support around 30k, its 200MA weekly or 50MA monthly. ADA will drop with it me thinks"

Despite the headlines, this was obvious

Interesting to see what happens from here. BTC does have potential to drop to 26k (the 61.8 fib) or 21/22k which would be the 76fib, 50 MA monthly support, near previous ATH support AND the critical juncture where big players like MicroStrategy will be seriously adding to avoid crippling scenario... Classically trading comes in 3 candlestick formations, so further lows this month quite possible, with a bottom next month. Let's see

What this means for Cardano? Hoskinsons comment on bear market the other day didn't help the immediate term. Maybe stabilisation and rise in June with the next update?

If we get down to 30 cents again, I will be buying more for sure. Let's see

Thanks a lot JTS! Appreciate your thoughts here :-)

Hi Bobbie, Sundaeswap launch appears to have been very poorly managed. The delays were expected and coin price was always going to drop after the hype the project had received, but the public fallout around the launch was terrible for the project. Minswap has since come on scene and already attracted significantly more attention + trading volume (a key metric to look into is 'TVL'). Ultimately it's all new, so platform performance will be highly volatile over the next 6-12 months. Apparently there're around 500 projects being developed at the moment, with several hundred of them expecting to release mid-summer when the next major update comes out.

Just personal opinion, but I wouldn't expect big returns from Sundae or Min. If you take a look at the equivalent of their market cap upon full dilution, Sundae is almost $0.4bn and Min is about $0.9bn... Given that Uniswap is a beast in comparison and just $6.5bn, Cardanos DEXs are either priced at future usage 1+ year from now, or they are vulnerable to further decline.

The nature of cardano's ISPO presents a drop on ADA price, but also a volatile entrance to market for any new project as many holders ditch at first opportunity. It's a safer model/approach, and probably better for a multi-year long term outlook, but not amazing for price performance in the short (i.e. few months) window.

I'm quite intrigued by the metaverse space. Cardano has several projects who've come out but not fully launched yet. People who bought early are selling out of boredom, but this is a space that will likely go through revolutionary change / growth in the next 6 months...

Ultimately, we are still near the beginning of everything. Therefore there are lots of op's to have, but I'd be weary of buying into things that are priced ~half a billion dollars when they have only just launched

I see Sundaeswap has now dropped below $0.2……looking for an entry point. Do we think this will recover after a rocky start since launch or are/will there be other better DEXs on the Cardano platform? TIA for your views. BD