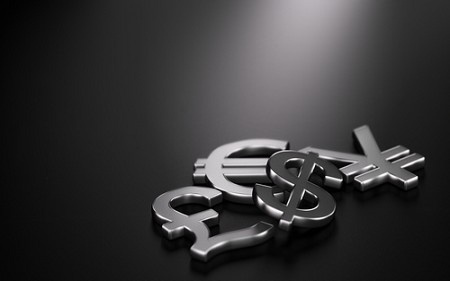 This has all been due to the money markets pricing in when the next Fed rate hike will be. US central bankers have confirmed they will not raise interest rates until their 2% inflation rate has been achieved couples with full employment.

Why does this matter so much? The risk environment has been tentative, to say the least, just today the S&P 500 fell over 2% and we are waiting to see the reaction in the EU markets tomorrow. Equities will fall when rates rise as financing conditions become more costly. Adding to this pressure the treasury markets offer a safe haven with a yield.

In addition to this, a bombshell of a headline dropped late in the US session on Thursday. Office of the United States Trade Representative nominee Tai said the US need to explore all options on engaging China on the phase 1 trade agreement. When Biden was elected the world and many analysts felt he may have a softer stance on China. The market may have to reprice the fact that this could be a mistake. At the start of the week, China's MOFCOM said they want to strengthen ties with the US and build a better relationship. It will be interesting to see how this news is taken overnight and what the risk sentiment will be like on Friday and Monday morning. 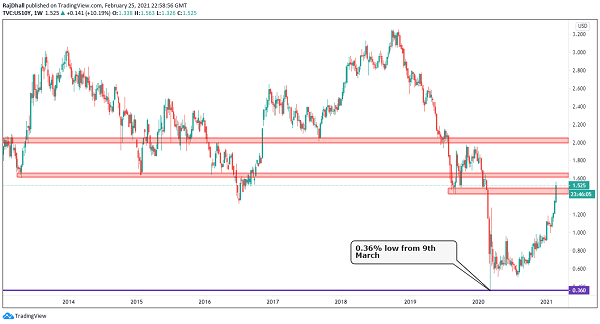 This week the price bounced off the 1.20 support area and moved convincingly higher. The previous wave high has now been taken out to the upside but after the aforementioned move in US yields there was a retracement from the highs on Thursday. The next target for the bulls is 1.2349 and if we see a break there the logical targets could be closer to the 1.25 area.

On the macro front, central bankers in the EU area are maintaining they will keep liquidity ample and financing conditions favourable. The data this week has been encouraging and after years of issues with inflation CPI (YoY) for the month of January hit 0.9%. The target for the ECB remains at 2% and with commodities prices soaring the central bank may finally edge toward the magical number they have been chasing for years. The only problem remains the strong euro and the ECB have said they are monitoring the eur exchange rate. Although it is not directly in their mandate whenever they say it is a concern the pair drops emphatically. 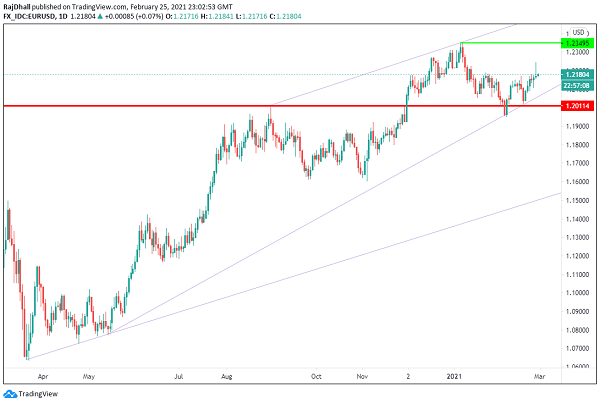 Cable has pushed 24.8% higher since hitting a low of 1.1414 on 20th March 2020. This relentless rise has been all about the nations vaccination program and response to the pandemic. Although the government did not have a handle on the health of the population the markets seem to think they have done a better job than most getting the economy back to health as soon as possible.

On the technical front, of course, the pair looks extended. The potential next resistance is the red horizontal line at 1.4377 and ten beyond that very close is the green resistance 1.4688. If there is to be a pullback 1.3181 is a massive support area but it would be one hell of a drop to reach it. The weekly chart below highlights just how far GBP/USD has come since the price hit the 2020 lows. For now, the bulls are firmly in charge and it's hard to say when they could run out of steam. 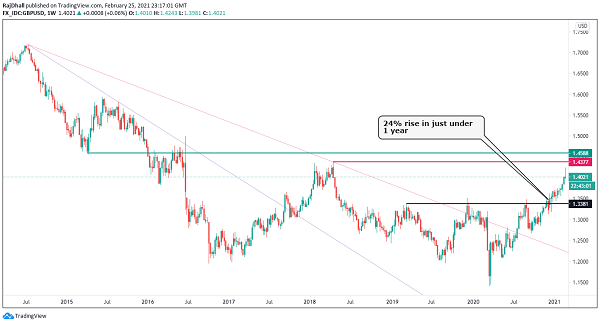