Musings of a fund manager 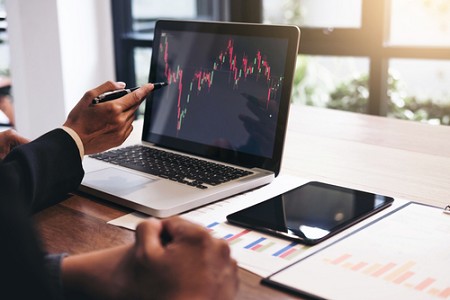 Investor sentiment seems to be changing direction, as equity markets’ ‘risk on’ momentum would appear to be slowing – notably on concerns that central banks will begin to pare back their bond purchases as economies emerge from lockdown in the second half of 2021. As inflationary forces build, investors are searching for other asset types to preserve the real worth of their capital – notably gold or precious metals and digital crypto currencies – at a time when fiat currencies offer negligible actual returns, which readily turn negative on any consideration of their purchasing power.

At the opposite end of the size spectrum, £160m market cap Anglo Asian Mining (LSE:AAZ) announced positive steps in its negotiations with the Azerbaijan government this week - to expand its existing contract areas (post last year’s conflict). Investors warmed to both POLY and AAZ’s updates – after three months of investor disinterest, which can be partly attributable to weakness in the price of gold. Premium listed with no debt, AAZ is expected to deliver earnings of 17p this year and next (a 20% rise on 2020, equating to a 7.5 times PE ration) although 2020’s high dividend may be reduced in the face of higher spend to build out its prospective mines. Both stocks look attractive on most financial metrics - if one can stomach the geo-political risk – and can be geared beneficiaries of any pick-up in appetite for gold.

By contrast with precious metals or rare earth minerals, Bitcoin and other digital currencies are much more complex or opaque assets. But while private individuals (to say nothing of investment professionals) may struggle to understand these alternatives to traditional kinds of asset,  number of leading financial institutions and corporates have ‘bitten the bullet’ and invested in cryptocurrencies. Following electric car maker Tesla’s US$1.5bn investment in Bitcoin earlier this year and a number of investment banks adding the asset to their proposition, this week brought an announcement that HMG would launch a taskforce (featuring the Bank of England and the Treasury) to examine the introduction of a central bank digital currency (CBDC). In addition, FTSE100 technology-focused Scottish Mortgage investment trust (LSE:SMT) advised that it had invested $100m into Blockchain.com which is the UK’s largest, albeit an unquoted or private, crypto currency company. This follows on from recent hedge fund interest shown by BH Global (LSE:BHGG) and BH Macro (LSE:BHMG), as well as investment made by Ruffer Investment (LSE:RICA).

Last week’s flotation on Nasdaq of Coinbase – the largest cryptocurrency exchange in the US, which reached an equity valuation in excess of $100bn - coincided with a record high in the price of the best known currency Bitcoin. President Biden’s subsequent intimation of higher taxation – notably of capital gains tax, which would apply to digital currencies – may have taken some of the short term steam out of the asset’s price. Traders may not consider it necessary to understand Bitcoin and its peers, preferring to ‘ride the momentum’ and rely on the ‘bigger fool’ theory - which requires belief that someone else will be buying and enable you to exit at a profit.

As a fundamental investor, the writer seeks to understand the business model of a company or the dynamics that influence the worth of an asset. Insofar as cryptocurrency is concerned, this requires comprehension of how digital coins are created (to better quantify their supply and scarcity) or ‘mined’ to use the technical jargon. This week UK listed Argo Blockchain (LSE:ARB), which describes itself as a global leader in cryptocurrency mining with its operations powered by clean energy, announced that it was progressing a new facility in Texas to install next generation computer technology to support 200MZ of mining.

Earlier this month, the £630m market capitalised ARB provided an operational update: 93 BTC (Bitcoin equivalent) were mined in January, 129 BTC in February and 165 in March 2021 – to double the company’s year-end holding to 764BTC. Rising mining margins of 80% applied in Q1 ’21, where revenue reached £13.4m, but the currently loss-making company has wider interests in digital currency via its stake in Pluto Digital Assets which focuses on asset validation. That Bitcoin is a speculative asset is not in doubt, and a particularly high risk-reward one based on the history of its price – last week Bitcoin reached an all-time high of £46,200, today it is £35,900. In 2017 Bitcoin went from sub £700 to £15,000, before falling below £2,500 in 2018.

Bottom line, although ‘jumping on the bandwagon’ is tempting – having watched ARB for several months, and noted its rise in 2021 from 33p on 1 January to 280p in mid-February before residing at 175p today (after a £27m fund raising in March at £2 per share along the way) – this prospective investor would want to possess a better understanding of the industry, whose participants (which may range from serious long term investors to criminals wishing to conceal their assets), with regulators are undoubtedly watching closely. By contrast, Gold offers greater appeal as a ‘store of real value’.