I previously highlighted four beliefs many people hold when it comes to finance which I suggested simply weren’t true. These were:

“You can’t go wrong with bricks and mortar.”
“Rent is throwing money away.”
“Cash is king.”
“The stock market is risky.”

I explained my stance on the first two of these statements in this article. Happily, my comments were picked up by Money Observer (at the time) and their sister publication, interactive investor and I had lots of lovely emails from people, some telling me what an idiot I am and others offering hearty congratulations. It seems that there are few other topics that inflame people’s passions more than a discussion of property and / or renting vs. buying.

I was particularly pleased to be sent an article from Bloomberg news: “Central London Renters Have the best Market Since 2008” which supported my stance nicely (confirmation bias at work as ever) but more than delighted that it came from an academic at one of the world’s leading business schools.

Today – hopefully in the same vein, and as promised - let’s look at why cash really isn’t ‘king’ as so many people believe:

The reason this belief serves those who hold it so poorly can be summarised in two words: Real inflation. 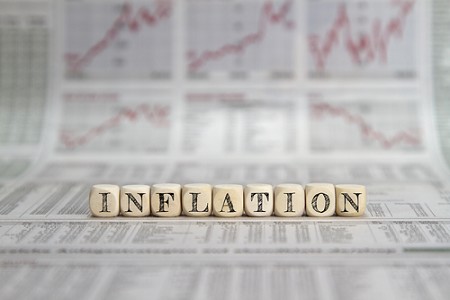 Every percentage point of annual real inflation there is, results in you losing that much wealth in real terms if you are holding cash. Sadly, in this day and age, people have been sold the lie that inflation is so low you basically need not worry about it. Make no mistake, real inflation is high enough to make a great big dent in your wealth if you are sitting in cash. How can this be?

The answer is that it isn’t that hard to argue that inflation numbers the world over are dubious at best. Below I have reproduced a few paragraphs from How to Own the World to explain why this is:

There are three specific ways that government statisticians ensure that inflation numbers end up always being lower than the true increase in your cost of living (so you think you are wealthier than you actually are and they get to pay out less in social security given this is linked to the ‘official’ inflation numbers).

These three dubious mechanisms are called: Substitution, geometric weighting and hedonic adjustment. Let’s look at each in turn:

Substitution - is very simply where the statisticians replace something that is going up in cost a great deal with something that isn’t: For example, they might replace cod fish that has doubled in price with farmed salmon that may even have become cheaper. The cod is still twice the price but the inflation number hasn’t budged. As you can imagine, this is an easy game to play. You might replace steak with hamburgers or even, as one gnarly old economist has joked, dog food, in the fullness of time.

Geometric weighting - is where the authorities include something that has gone up in price a lot as an inappropriately low percentage of the calculation. For example, the healthcare sector represents just over 17% of the US economy but it makes up only 6% of the US inflation calculation. Healthcare inflation has been notoriously high in recent years given the ageing population’s demand for it but it hasn’t had anything like the impact on inflation numbers it should have done as the authorities have just made it an inappropriately small percentage of the calculation.

Hedonic adjustment – In my opinion, this one is even more gratuitous than the last two. This is where an item is reduced in price for the purposes of the inflation calculation because the authorities argue that you’re getting more for your money and you are therefore effectively paying less. To explain: Let’s say that last year a 50" television from Sony or Samsung cost £1,000. This year they have a new 50" television that has a slightly better screen and improved functionality and still costs £1,000. The statisticians will then say that the TV is, say, ’20%’ better than last year’s TV and adjust its price in the inflation calculation from £1,000 down to £800. The TV actually still costs £1,000, but they have included it in the calculation at £800.

This trick is used to adjust the price of nearly half of all the products that go into the inflation calculation. I am not making this up. This is not a conspiracy theory. This stuff is all widely available on line if you ‘read the small print’ as it were – it’s just that 99.9% of our journalists and financial ‘professionals’ don’t.
John Williams, one of the leading commentators on this subject since the late 1980s, has said:

“Inflation, as reported by the Consumer Price Index (CPI) is understated by roughly 7% per year due to redefinitions and flawed methodologies…”

You can see the difference between how John Williams calculates inflation and how the US authorities do in this graph. The red line is what the government says inflation is, the blue line is what a leading independent analyst says it is (approaching 10%).

Government economists will argue that Mr. Williams’s views are a little extreme – and this whole topic is certainly something of a grey area - but I think that there is no question that the real rate of inflation we all confront in our day to day lives is significantly higher than what the government numbers and newspaper articles tell you it is.

If you believe that inflation is basically too low to worry about, you are suffering from a phenomenon known as money illusion and this will be very bad for your wealth over a lifetime of investment.

This is also why stock market investment is so important. If you want to grow your wealth in real terms, you need to be making returns that are above real inflation. One of the few ways you can do this consistently through the economic cycle is via sensible stock market investment. This is why NOT investing in the stock market in some shape or form is actually riskier and more detrimental to your financial position in the long-term than investing is and why believing that ‘the stock market is a casino’ is so financially damaging for so many people – you are basically guaranteeing that you are destroying wealth every year.

This blog post was taken from Andrew Craig's site Plain English Finance. Andrew is the author of How to Own the World: A Plain English Guide to Thinking Globally and Investing Wisely.