Sell in May and go away?

Today I wanted to write about a quote that is well known in the investment community:

Sell in May and go away, don’t come back till St. Leger’s Day

Investopedia tells me that “This phrase refers to the custom of aristocrats, merchants and bankers who liked to leave the city of London and go to the country to escape the heat during the summer months…”

St. Leger’s Day is one of the most prestigious horse racing events in the British social calendar and takes place in the middle of September. The idea here is that a good proportion of those people who tend to invest in the stock market simply wouldn’t be around in the summer – and most particularly those with lots of money, seeing as they would tend to be the ones who could afford to be on holiday or swanning around on their vast estates all the way from April until September. 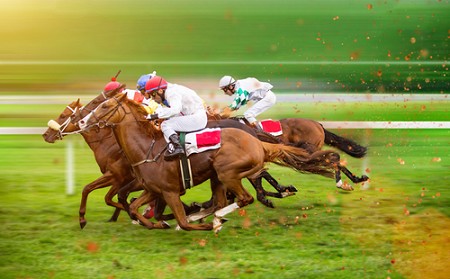 With all those wealthy buyers away, there was far less money to support the stock market. Anyone understanding this fact would, therefore, be best served avoiding the stock market too. Over time, this all became a self-fulfilling prophecy and, as a result, the phrase has been well known to stockbrokers, investment bankers and well-informed investors on both sides of the Atlantic for decades (possibly even centuries by now, thinking about it).

In terms of hard numbers, however, is the phrase of any use to us as investors? Should we mark our calendars every year, sell out of our stock market holdings in May and buy them back in late September? At face value, there is some evidence that we should.

“According to the Stock Market Almanac, since 1986, the UK stock market has delivered an average return of 8.58 per cent a year during the winter months, but only 0.35 per cent over the summer. In fact, the record shows investors have actually lost money during the summer months in 15 out of 29 years. Looking much further back, this phenomenon has been in evidence for much of the past 300 years. And the UK is not the only market to have experienced this effect – one international study found evidence of the same trends in 36 out of 37 countries examined…” Source: AIC

When you think about it, this is actually entirely unsurprising. Sadly, even today after centuries of democracy and the empowerment wrought by the advent of the printing press and super-charged by the internet, too few people take advantage of stock market investment. The rich and powerful still exert a disproportionate influence on stock markets as a result. (Regular readers may recall a point I often repeat – which is that one of the key reasons the wealthiest 1% of people in the world are the wealthiest 1% of people in the world is because they are also the most financially literate 1% of people in the world. They understand and make use of stock market investment. Over generations this is a key reason that wealthy families are wealthy. Duh!).

Many of the folk who exert the most influence on the stock market actually are sunning themselves in St. Tropez or Monaco or the Hamptons in the summer months – which means there is less money focussed on the market and fewer potential buyers – which, in turn, makes market weakness more likely.

But before you rush to place your sell orders, we should probably take account of a few nuances in the debate. First – the article from which I took the quote above, mentions transaction costs as a reason you might decide to just continue to hold your equity investments over the summer in preference to suffering fees to sell in May and to buy back in in September. This argument had more validity in the past when transaction costs were a great deal higher. Today, I think it is actually quite a weak argument when you can buy and sell into stock market tracker funds and pay a tenner to the broker and only 0.09% or 0.1% to own the tracker itself.

I do, however, think there are two more important arguments to consider: First – even if buy and hold investors “have lost money in 15 out of 29 years” – what about the other 14 years? The stock market can be volatile to the upside when transaction volumes are low as well as to the downside. If you’re out of the market you might miss out on a significant move to the upside.
Secondly, the above analysis fails to account for the most important factor in long run stock market returns – namely dividends (and reinvesting them). If you are out of the market for three or more months of the year – all other things being equal you are giving up your entitlement to that proportion of the dividends being earned and paid by your shareholdings. Over time, this could have a significant negative impact on your returns.

Given these conflicting arguments – what might we conclude is our best plan of action? In answering this, I agree with the author of the article I’ve quoted above. He says that…

“…the most effective strategy is to make use of a regular savings plan… The idea is to instill savings discipline, with a monthly direct debit that automates your investments and removes the temptation to try to second-guess the markets. Drip-feeding money into investments in this way also has the added advantage of giving you access to pound-cost averaging. This is the statistical quirk that smooths out stock market volatility over time – the idea is that in months when your fund has fallen in value, your fixed month investment buys more shares or units in it, adding to the value of your holding when prices recover…”

This blog post (which was originally written in May 2017) was taken from Andrew Craig's site Plain English Finance. Andrew is the author of How to Own the World: A Plain English Guide to Thinking Globally and Investing Wisely.