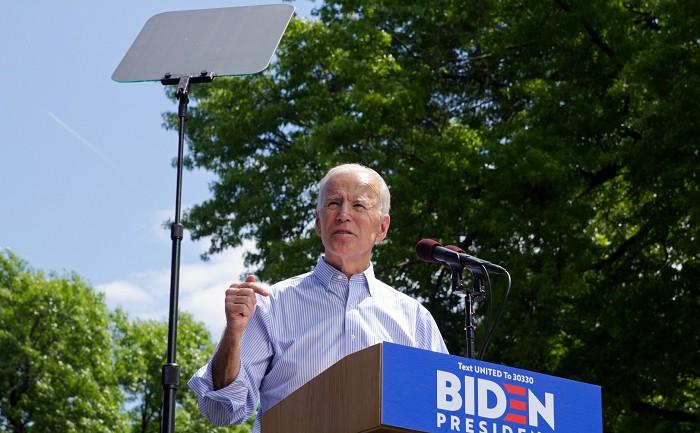 US stock market news isn’t going to be in short supply as 2020 draws to a close. America is preparing to go to the polls in what’s shaping up to be one of the bitterest elections in US history. As November 3 draws nearer, who does Wall Street think will win the keys to the White House? And is a Trump or a Biden presidency seen as being better for the markets? Here, we’ll look at the US stock market forecast for the next three months and beyond.

US stock market predictions: who’s ahead?

Although there’s a wealth of historical data that can offer an indication of what’s going to happen, the US stock market has been taken by surprise before. This time four years ago, The New York Times was confidently predicting that Hillary Clinton had a 91 per cent chance of defeating Trump.

To compound the problem, many US stock market predictions have been, well, wrong. An academic paper published by Brookings in the run-up to 2016’s vote warned of Brexit-like sell-offs in the equities market if the Democrats lost. In actual fact, the Dow closed up 250 points on the day that Trump’s victory was confirmed – and the markets continued to head upwards for most of his presidency.

Analysing how the US stock market has behaved in the past may also be unhelpful. There are a number of one-off factors that muddy the waters this time around, such as Covid-19, meaning that a like-for-like comparison with past election years isn’t possible.

Research suggests that – 87 per cent of the time – the incumbent candidate ends up winning another term if this index is trading higher in the 90 days before a ballot. This metric would end up pointing to a Trump win, but the US stock market is not the economy. Away from Wall Street, US GDP plunged 31.4 per cent in the second quarter – and millions of people have lost their jobs.

And how will the US stock market forecast shape up once we know the winner? Well, recent research from US Bank can help provide the answer. Its analysts found that market gains in the year after an election stand at an average of 5 per cent whenever a new party comes to power. However, this rises to 6.5 per cent if an incumbent is re-elected – or if his or her successor is from the same party. The reason for this is simple: a second term means the US stock market knows what to expect.

But focusing on the presidential race is not enough, as other factors are at play. US Bank’s findings said:

“Given that control of the Senate is key to bringing about real changes in policy regarding taxes, spending and regulation, if Democrats take the Senate in the 2020 election, it could result in short-term market impacts”

Setting out its US stock market forecast, it presented three scenarios with a “medium to high” likelihood. If the Republicans control the White House and the Senate, but the Democrats dominate the House of Representatives, this would result in political gridlock and a market-friendly environment. We would see the same implications if the Republicans hold on to the Senate, but the Democrats secure the House and the White House. The third scenario involves a “sweep” where the Democrats seize control of all three – and in this case, US Bank says short-term volatility could be expected.

US stock market news: will Biden win – and what does it mean?

Most forecasts of the US stock market are anticipating that Trump will lose in November (that said, he’s unlikely to go quietly, and has openly suggested that he may challenge the result).

JPMorgan believes we’re going to see a “blue wave” that will make the Democrats a dominant force in Washington. The only fly in the ointment for the US stock market would be a split Congress, as this could result in further disagreements over economic stimulus packages.

Others say not so fast – and that it remains unclear where the US stock market stands. According to LPL, we’re seeing mixed signals right now – and although a so-called “Biden portfolio” of green energy stocks has significantly outperformed a basket of Trump-friendly equities so far in 2020, the historical importance of the recent S&P 500 gains is not to be understated.

Looking at the US stock market forecast for 2021 and beyond, one of the biggest headwinds on Wall Street could be Biden’s desire to raise taxes – and roll back some of the reforms that were introduced by Trump. However, it’s highly possible that these changes wouldn’t be imminent, and in all probability they would be gradually phased in. All of this would deliver some much-needed breathing room for vulnerable companies on the US stock market.

In taxation terms, it’s fair to say that the US stock market would likely benefit more if Trump won, as he has proposed making further reductions that would benefit corporations and the businesspeople that run them. But his tendency to make big announcements via Twitter has been known to spook the markets and create volatility, especially surrounding stimulus talks and the ongoing trade tensions between the US and China.

Overall, it’s shaping up to be a dramatic end to 2020. We might not get a clear sense of US stock market news on November 4, the day after the election, for several reasons. Trump contesting the outcome could result in prolonged uncertainty, and in any case, it might take a little longer for a result to become clear because of the dramatic increase in mail-in ballots. When compared with votes cast at polling places, these can take longer to process. JPMorgan recently told investors to expect “Election Week(s)” rather than Election Day.

But if Biden makes it, expect environmentally focused companies on the US stock market to thrive – and declines in share prices for firms in finance, healthcare and energy.