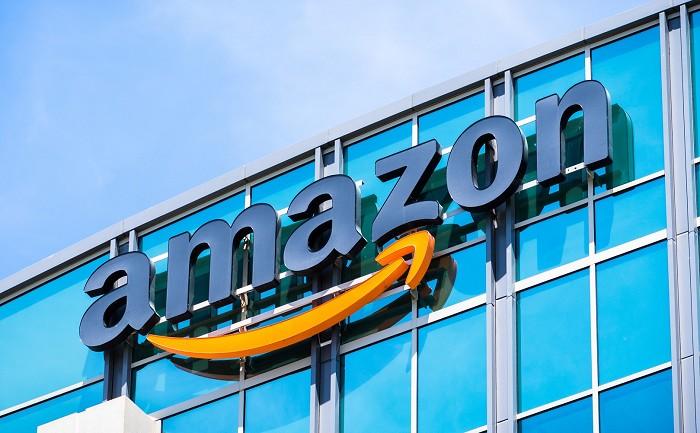 In their day, they were giants, corporate behemoths without which no-one could imagine the business landscape. More than simply big players, they were large enough to make the commercial weather. To smaller firms, they were not so much the competition as the environment within which everyone else in that sector had to operate.

That last expression was used to describe the market dominance International Business Machines, better known as IBM. True, it remains a very big beast in the tech world, with global operations, a large workforce and an enviable reputation for innovation.

But the time when IBM was synonymous with computers in the way Singer was with sewing machines or Hoover with vacuum cleaners has largely gone. Indeed, for the modern tech enthusiast, talking about “computers” at all is a little old-fashioned in a time when computing is described not in terms of huge metal cabinets needing air-conditioning but rather in relation to the suitably-ethereal “cloud”.

Right now, Amazon has that dominant brand name in the world of on-line retail and home delivery. True, it has yet to become a verb in the way both Hoover and Google have done (much to the irritation of the former), but its ease of use, reliability and economical pricing have given it automatic name association with a sector that has expanded in recent years to a huge extent, helped recently by the growth of home shopping during the coronavirus pandemic.

Indeed, it is worth remembering that until very recently, “home shopping” referred to physical catalogues through which the customer would browse before placing an order by telephone. Amazon, founded in 1994 as an online bookseller, has changed all that.

So, in making an Amazon stock-price prediction for five years, we need to ask what has the share price been doing since the stock was offered to the public in 1997? The short answer is that it has gone up.

In the early days, it was worth $1.50. Today, it trades at $3,352.32. With one or two inevitable corrections, the growth has been reasonably steady during the last near-quarter century.

The trend, so far at least, is for the stock to scale one peak after another.

It is an astonishing success story, not least for any shareholders who were on board in 1997.

Can it continue? Will Amazon stock go up over the next 5 years? When you are the world’s most valuable brand-name, the market leader by a mile in your sector and with a name known globally, pessimists may suggest the only way is down.

Accepting that for the moment, from where could the threats emerge?

One area is the possibility of one or more serious commercial challenges. Just as Japanese car-makers upended the grand, established names of American and European automobile manufacture, could new, hungrier rivals do something similar to Amazon?

On the face of it, no. One should always beware when any commercial enterprise is described as a natural monopoly, but Amazon, with its brand name, its expertise and its delivery infrastructure, must surely come close to that happy (for the owners) state?

Possibly. But while it is quite true that Amazon has all the benefits of highly developed proprietary IT systems and a global delivery network, it remains the case that the main business – allowing people to order products, sourcing those products and having them delivered to their homes – is only patchily a high-tech affair.

What is more, a competitor would not need to replicate the whole Amazon set-up. Targeted competition could pick off the more lucrative aspects of its offering, ignoring the less profitable.

Or perhaps the rival would specialise in an area in which it has a special interest. For example, it would be ironic to see a focused attack on Amazon’s book retail business.

A second potential threat would arise were the powers-that-be, on either side of the Atlantic, to decide that Amazon is indeed a monopoly or sorts and that it ought to be curbed. There have tended to be different approaches to “trust-busting” in America as opposed to Europe, with the former favouring outright break-ups into smaller units, as happened with phone giant AT&T in 1982, and the latter preferring to hive off the truly monopolistic part of the operation – such as the wire network of UK communications group BT – and require it to deal with all comers, including BT, on an even-handed basis.

How could this work with Amazon? The US solution may see a lot of “mini-Amazons” created from the break-up by regulators, while UK or European Union authorities would try to identify the “choke point” that gives Amazon a tight grip on the market (possibly warehouses, or contracts with suppliers or the IT system) and seek to separate it from the parent company.

A third possible threat to the stock price is that the company has quite simply gone “ex-growth” and that Amazon is now a mature company, not a high-flying upstart. This threat takes two forms. One, obviously, is that the share price stabilises and behaves rather more like the stock of a normal company.

The second is that Amazon responds to this by seeking growth in areas it does not understand.

One final source of danger is a technological change that renders Amazon’s model obsolete. What this may be is impossible to gauge, as impossible as would have been to foresee the impact of Amazon on bookshops and other high street retailers in, let us say, 1980.

So what should be the Amazon stock forecast in five years? The best estimate would be for perhaps $4,500 to $5,000, nothing like the spectacular growth since 1997, but more than respectable.

These values rely on the shares remaining as “heavy” as they are now. But subdividing them would make them more accessible to more investors, so the question has to be will Amazon stock split?

Oh, and a cheering thought. Should the regulators break up Amazon, as they did AT&T in the Eighties, remember that the phone group quietly went about putting much of its former empire back together again.