Which investment has averaged 12.3% a year for sixteen years? 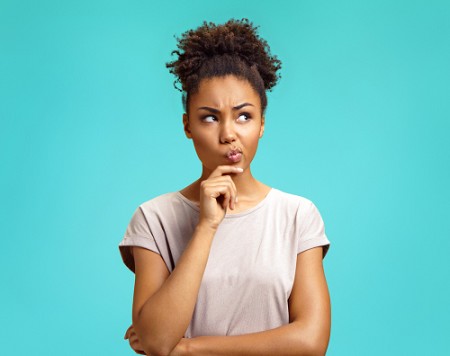 The answer may surprise you.

I have had a reasonable number of questions of late about precious metals and, in particular, how to go about buying them if so inclined, so thought it might be instructive to write an update on the issue.

There seem to be few subjects in money and investment more divisive than whether or not to invest in precious metals. House prices and the debate about buying vs. renting property probably sneak in at number one in ‘most likely to cause a heated argument’ rankings, but many folk get similarly passionate (and, to my mind, irrational) about gold and silver.

There is a school of thought that sees gold as a “barbarous relic” and points to the fact that gold is a completely “unproductive asset” and not fit for investment as a result. The de facto leader of this side of the argument is almost certainly “the world’s greatest investor” Warren Buffet – which fact alone makes the case quite compelling for many people. At the other extreme of the debate, stands a certain kind of survivalist who, in their most undiluted form, can be found storing tinned food and bottled water alongside their shiny gold and silver coins and bars as preparation for a perceived apocalypse and “end of the global monetary system” which they’ve been insisting is just around the corner for the last few decades.

As I think is so often the case, the best answer here, for your long term investment success at least, very likely lies somewhere in the middle of the argument. 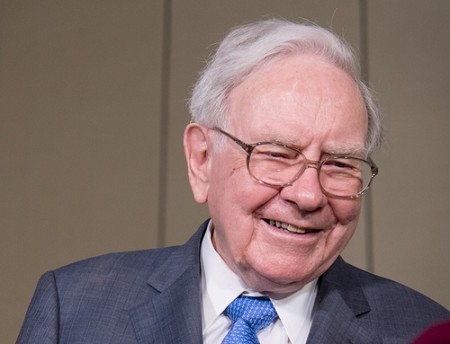 Why Buffett is wrong (for many years at least)

In terms of Mr. Buffett’s stance on gold, below are two superb articles that explain the likely reasons for him having such a negative stance and why that stance serves him better as a billionaire than it might serve the average person. For those who don’t want to wade through yet more reading – in a nut shell, Mr. Buffett’s mentor, Ben Graham, never included gold in his models because:

“…for most of Graham's adult life and the most important years of his career, ownership of more than a small amount of gold was outlawed. Banned for private ownership by FDR in 1933, it wasn't re-legalized until late 1974. Graham passed away in 1976; he thus never lived through a period in which gold was unmistakably a better investment than either stocks or bonds. All of which makes us wonder: if Graham had lived to witness the two great bull markets in precious metals during the last 40 years, would he have updated his allocation models to include gold? We can never know. We can know, however, that given Graham's outsized influence on investment theory, there is little question that his lack of experience with gold, and therefore its absence from his observations, has had a profound effect on how most investment professionals view the yellow metal. This, in our opinion, goes a long way toward explaining the persistently low esteem in which gold is held by the mainstream investment community. And, as a consequence, its widespread failure to even be considered as an asset class…”

More detail on this subject here.

The other argument as far as Buffett is concerned at least, is captured nicely in this quote:

“Buffett doesn’t like gold. Then again, he’s super rich… He’s far removed from the “99%” — or 99.999% — rest of humanity… Buffett can “afford” not to like gold because he’s asset rich in so many other ways... Meanwhile, as Buffett trashes gold, he indirectly talks up his own book of assets and endorses his own brand of investing. Not to put too fine a point on things, but Buffett is a rich guy talking monetary smack and behaving badly…”

For what it is worth, I quite enjoy this chart of gold’s performance vs. Buffett from 2000 to 2013. I haven’t found a more recent one and the numbers may have narrowed a bit but I think this still nicely illustrates why the more intellectually curious might take his stance with a pinch of salt rather than blindly and unthinkingly trotting out the fact that the mighty Mr. Buffett doesn’t like gold so “that’s that…” …and here’s another quick table for all those rampant anti-precious metals folk out there. Have a look at the average performance of gold over the sixteen years from 2002 up to yesterday in particular. Pretty astonishing - even despite the big pull back in 2013 - which precious metal bears seem determined to focus on (recency bias at work as ever). How do these numbers compare to the interest rate on your current account? Mmm. Thought so… That’s my kind of “barbarous relic”! 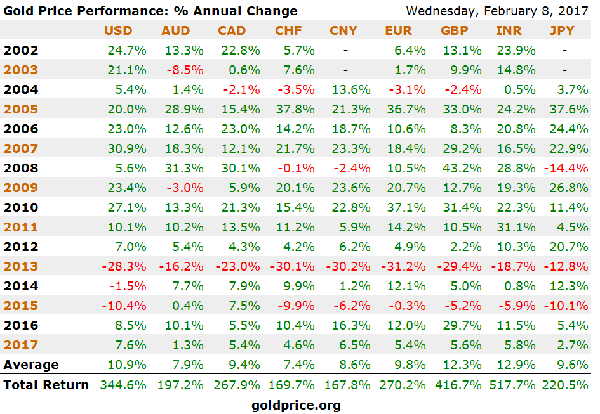 I have written extensively elsewhere on why this performance is happening and will very likely continue to happen and why, therefore, any sensible investor should absolutely include an allocation to precious metals in their portfolio.

For what it is worth, I would remind readers that I also advocate exposure to a bunch of other investments – including global equities in particular. I’m consistently on record as having suggested you might consider 10-25% of your personal wealth in precious metals, around 10% of your money kept in cash and the rest in an “own the world” fund of some kind (i.e. I’m not some rabid gold bug). But these numbers show why it is important to include precious metals as a key component of any sensible investment strategy in my opinion (and the evidence of the last two decades seems to support this stance).

Assuming you agree with the thesis and would like some exposure to precious metals – there are plenty of different ways of doing it.

This blog post was taken from Andrew Craig's site Plain English Finance. Andrew is the author of How to Own the World: A Plain English Guide to Thinking Globally and Investing Wisely.