Travis Perkins is part of the Support sector.

Travis Perkins Plc Ord 10P is listed on the London Stock Exchange, trading with ticker code TPK. It has a market capitalisation of £2,378m, with approximately 252m shares in issue. Over the last year, Travis Perkins share price has been traded in a range of 1267.2, hitting a high of 1841, and a low of 573.8.

The group, which trades from over 20 brands including Travis Perkins, Wickes and Toolstation, set out a plan in December to deliver better service to its mainly building trade customers and to simplify its overall business.
It said on Wednesday that plan was making progress. First quarter like-for-like sales were up 10.6 percent in its main merchants division, were up 10.5 percent in its Wickes home improvement business and up 19.1 percent in Toolstation.

Given uncertain market conditions Travis Perkins said its overall expectations for 2019 were unchanged. In February the group forecast adjusted operating profit in 2019 to be similar to the 375 million pounds ($490 million) made in 2018.

Travis Perkins said in March its veteran chief executive, John Carter, will step down in August and be succeeded by Nick Roberts, the current boss of engineering firm Atkins.

About 11 percent rise in half an hour. They made a loss, what it the reason behind the rise?

Held Travis since March last year - I am now 6% down on my investment, although it's recovering. Paid 13 a share, but have had sixty quid in dividends. Not sure when next set of results are out. Wickes is dragging them down, but they have stuck P&H division up for sale, so it'll be interesting times ahead.

Travis Perkins is the UK's largest builders' merchants, supplying over 23,000 quality trade products with free delivery or Click and Collect in 1 hour 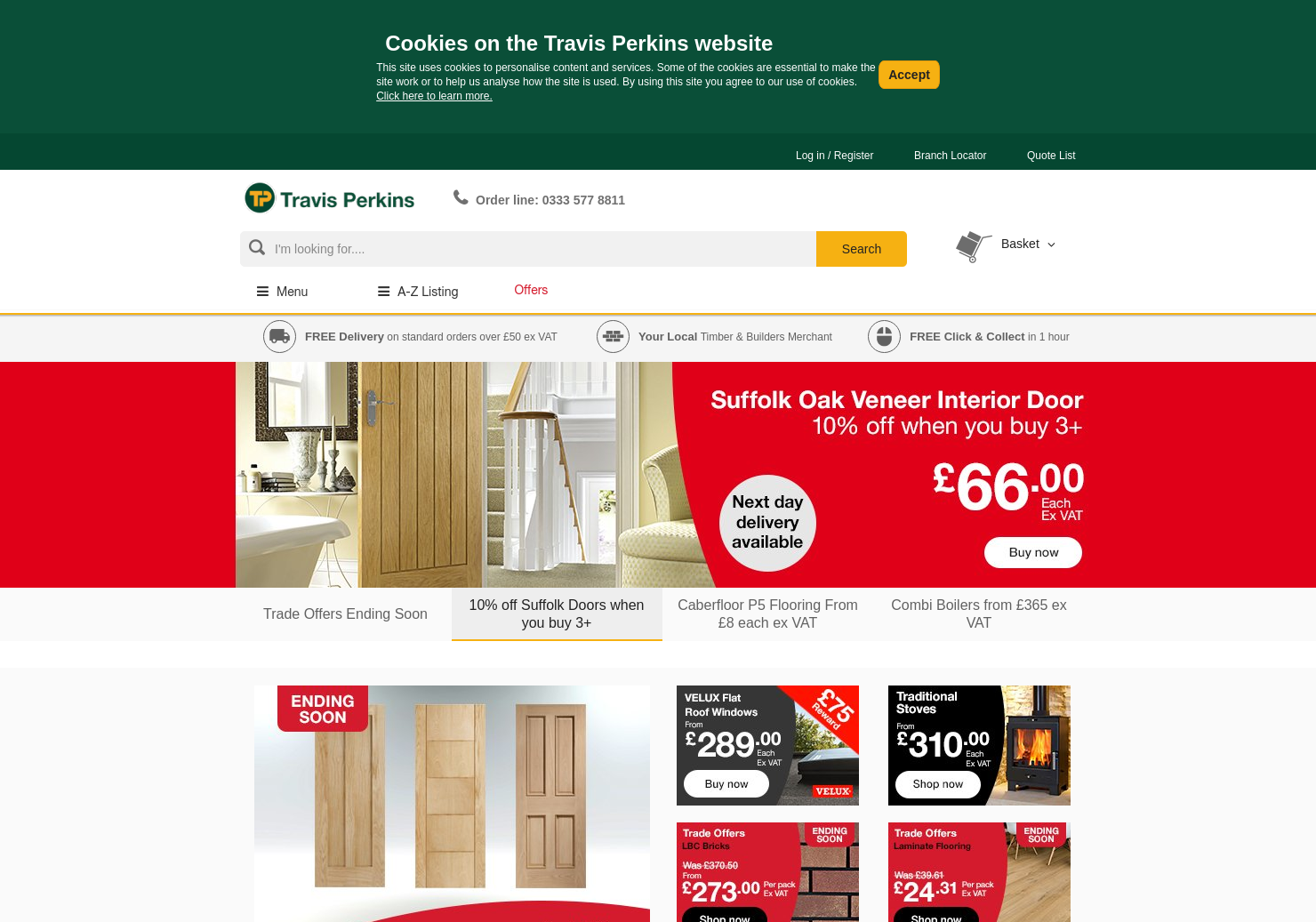