Able to buy under 5p is a bargain. We just need good news to get SP flying. Good luck all.

? Anyone know any thing

U $ D 17.20 / 17.60MERVAL 26,681.87
2017.05.30-BMW-M3-al_limite-300x600
THE PAPERS THAT ENTER FROM THE LEAD PANEL TODAY WERE DISTRIBUTED UP TO 300% IN WHAT IS FOR THE YEAR
Monday, 02 October 2017
In the new Merval no longer participates in Consultatio but highlights the entries of Phoenix and Boldt
by SOFÍA BUSTAMANTE
With the start of the last quarter of the year makes its debut the new Merval. As of today, the shares that make up the main local index are 27 and not 26, since they entered Phoenix Global Resources (ex Andes Energy) and Boldt, but it was Consultatio.

Thus, the real estate sector lost its only exponent; the share of the company led by Eduardo Constantini had entered the leading panel in the second quarter of 2016 and so far this year has a negative balance of 1.7%. Meanwhile, the roles that come in are two companies that gave a lot to talk lately: Phoenix and Boldt accumulate rises by 250% and 300%, each.

It should be remembered that Phoenix is ​​the result of the merger of Andes Energía and Mercuria with the objective of investing in Vaca Muerta some u $ s 160 million from next year. Andes had been included in the third quarter Merval, but days before the debut had been suspended and after being suspended for five wheels was out of the index.

"Phoenix is ​​a rising oil company with significant potential to develop shale oil and gas activities in Vaca Muerta. This is the former Andes Energy that a couple of months ago was acquired by the Swiss holding company Mercuria. The old Andes had been suspended and dropped from the leading panel to the General panel, "commented Nery Persichini, chief economist at MB Inversiones. In that line, the expert emphasized that Phoenix "will put a foot in the Merval with a weighting of 4.35% and will be the sixth company with greater relative weight in the portfolio".

Mayoral Rubén Pasquali's operator warned that the former Andes presented balances very sporadically, making it "very difficult to follow". As for Boldt, he said: "He deserves it because he is one of the most dynamic groups, he ventures into many businesses. It's the only technological one, if you can call it that. " For his part, Persichini described Boldt as a holding company positioned in the data processing business (satellite systems, road safety), entertainment (casinos and gambling), communications and real estate.

"The first two segments account for 75% of their revenues," he said.

Meanwhile, on Consultatio Pasquali said that "the problem was that a lot of the company's emissions have Anses" and that large funds, when investing, choose the most liquid papers. In that line, he clarified that "the price and the quote have nothing to do with the company, which is very well and has multiple attractions."

Phoenix Global Resources plc is an upstream oil and gas company offering its investors an opportunity to invest directly into Argentina’s Vaca Muerta shale formation and other unconventional resources. 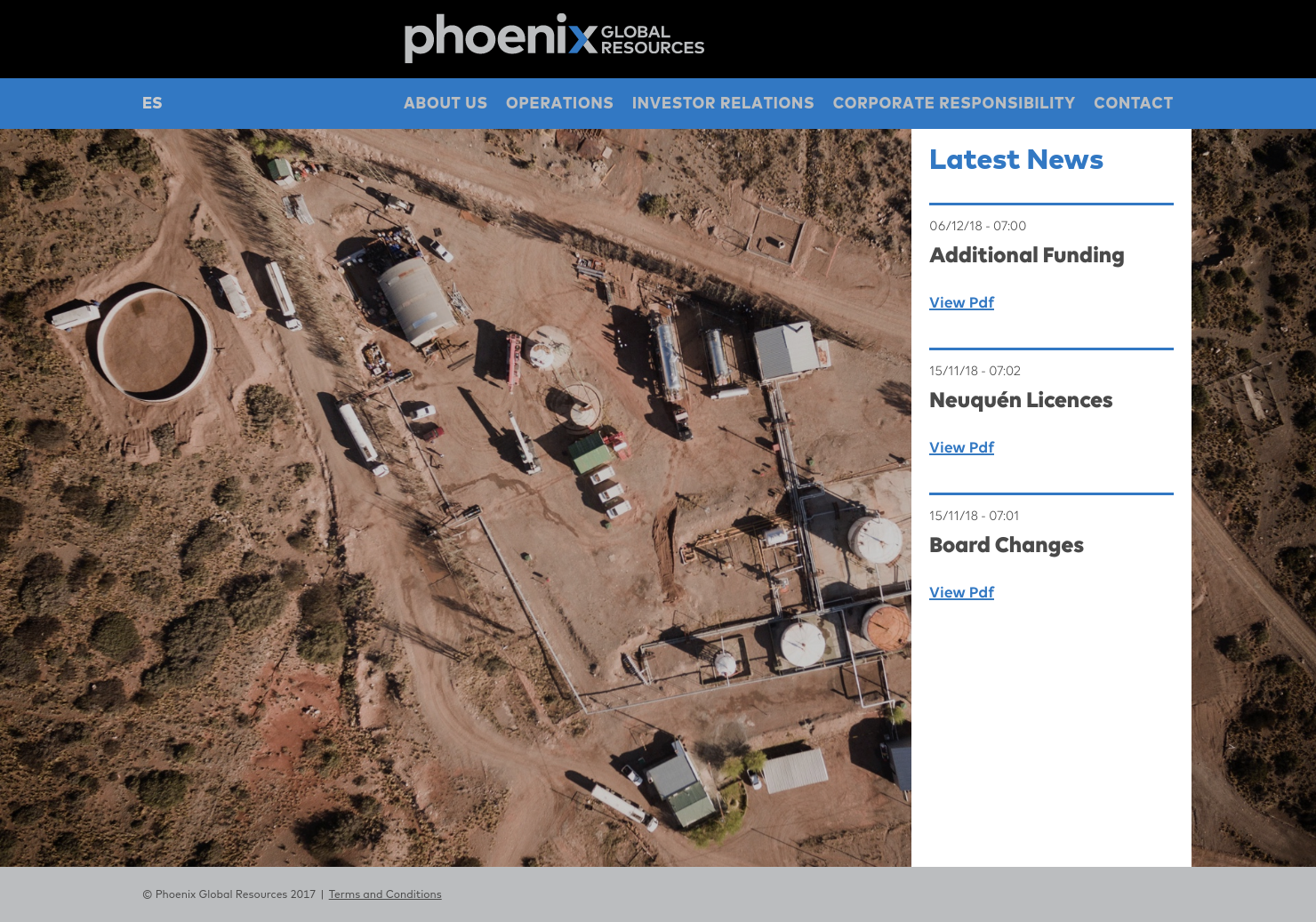