However, it outperformed its benchmark, the MSCI All Country Asia (excluding Japan) Index, which fell 9% in the three months to the end of May.

The Trust, which has the objective of long term capital growth through investment in the Far East, saw its share price fall 10.7% to 225.7p over the period.

Edinburgh Dragon Trust, the FTSE 250 Asian investment trust, has seen its net asset value (NAV) outperform its benchmark in the first half despite volatile conditions in equity markets.

The group, whose objective is long-term capital growth through investment in the Far East (excluding Japan and Australasia), said that NAV rose 8.7% in sterling terms on a total return basis in the six months to February 29th, compared with the 7.4% rise for the MSCI All Country Asia (excluding Japan) Index. "Good stock selection", notably in Hong Kong and China, drove the outperformance, the group said.

"Although Asia remains vulnerable to the uncertain global economic and market conditions, its dependence on external demand will gradually decrease over the longer term as domestic consumption and investment continues to rise. The region's economic fundamentals remain robust with healthy company balance sheets, good corporate earnings and valuations remain reasonable," the company said.

The Eurozone debt crisis and 'hard-landing' concerns in China fuelled a sell-off at the start of the company's first half, but were followed by a rebound that last till the period-end "thanks to continued central bank support which eased contagion fears." US economic data and the Federal Reserve's low-rate pledge also helped sentiment, the group said.

The company revenue account recorded a deficit on ordinary activities after taxation of £807,000 (-0.41p per share) compared with a return of £115,000 (0.06p per share) in the first half last year, due to the interest on the 3.5% cumulative unsecured loan stock 2018 being charged to the revenue account.

However, the company assured that the majority of its portfolio income is accounted for in the second half and it anticipated making a positive revenue return for the full year.

Anyone know about this one ? 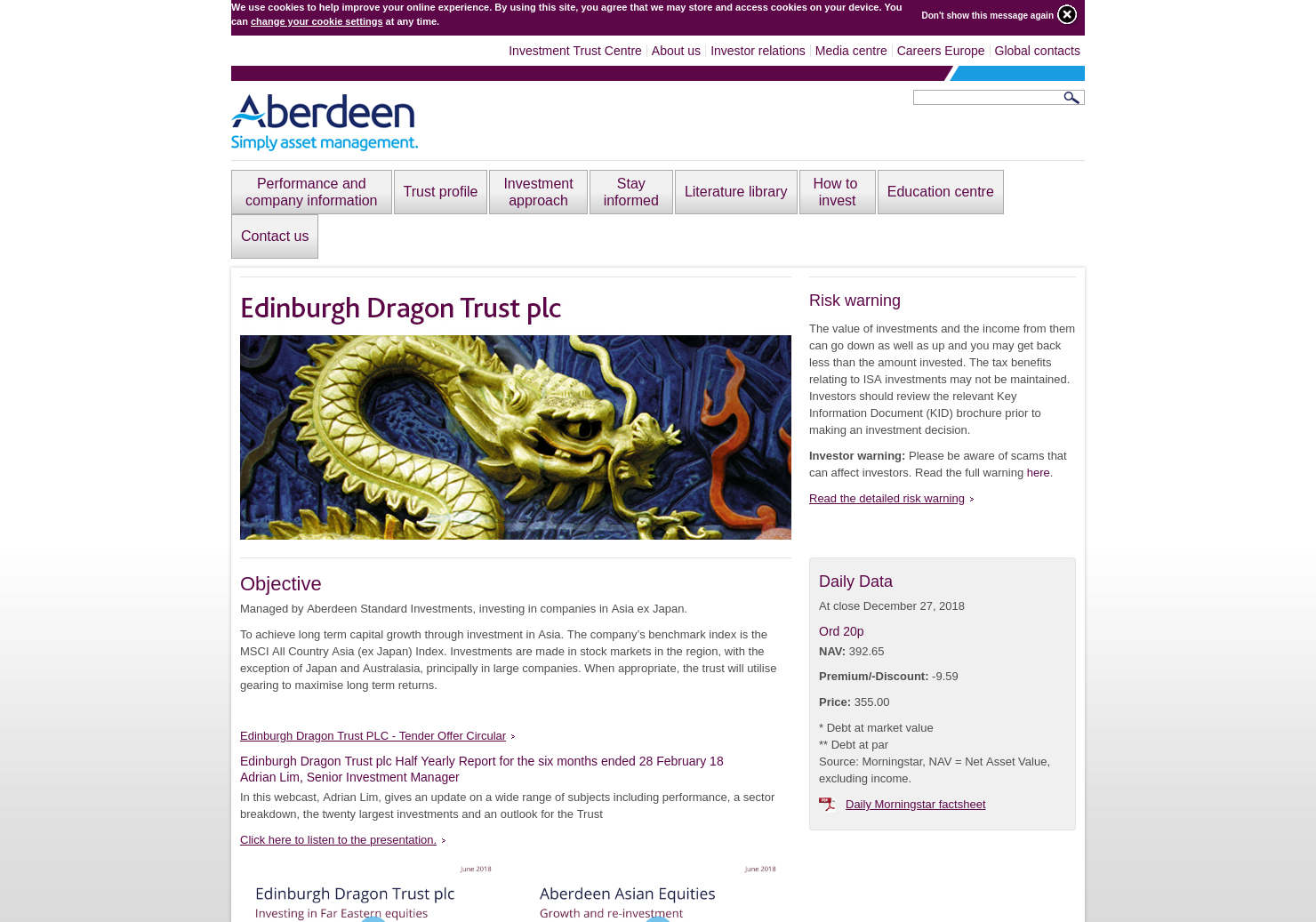