Last checked at -
This share is an investment trust

Find out more about Bankers Investment Trust in our investment trusts section here.

Bought at 950 few months back, solid inv trust, recent directors buying = good sign, this is one to buy at dips and hold for income and take modest profits at peaks, need to take 3 year view, tempted to buy another tranche at this price

Despite a fall in total assets from 575 million pounds to 547 million pounds at Bankers Investment (BNKR), the group saw its portfolio performance slightly better than its benchmark index during 1st May and 31st July 2011, following increased holdings in Japan, a market which outperformed world markets over the period. Gearing fell from 6% to 5% during the period, as dividend income and the sale of stock boosted cash levels. The group's shares lost 16.8p, closing at 363.80p; a price 13.6% lower than the company's net asset value.

Portfolio Review: World markets fell over the period, reflecting a slowdown in economic growth and fears this will lead to lower corporate earnings. Performance was slightly better than the composite benchmark benefitting from the increased holdings in Japan, as the Japanese stock market outperformed world markets over the period. The gearing fell over the period, as dividend income and sales boosted levels of cash. New investments included L'Oreal and Adecco in Europe; Citi Group and Pfizer in the US. Sales included Drax, AT&T, CSX and Philips.

Gearing: The net gearing position (borrowings and debentures minus cash as a percentage of net assets) was 5% (30 April 2011: 6%).

The directors are not aware of any other significant events or transactions up to the date of this report which would have a material impact on the financial position of the Company. 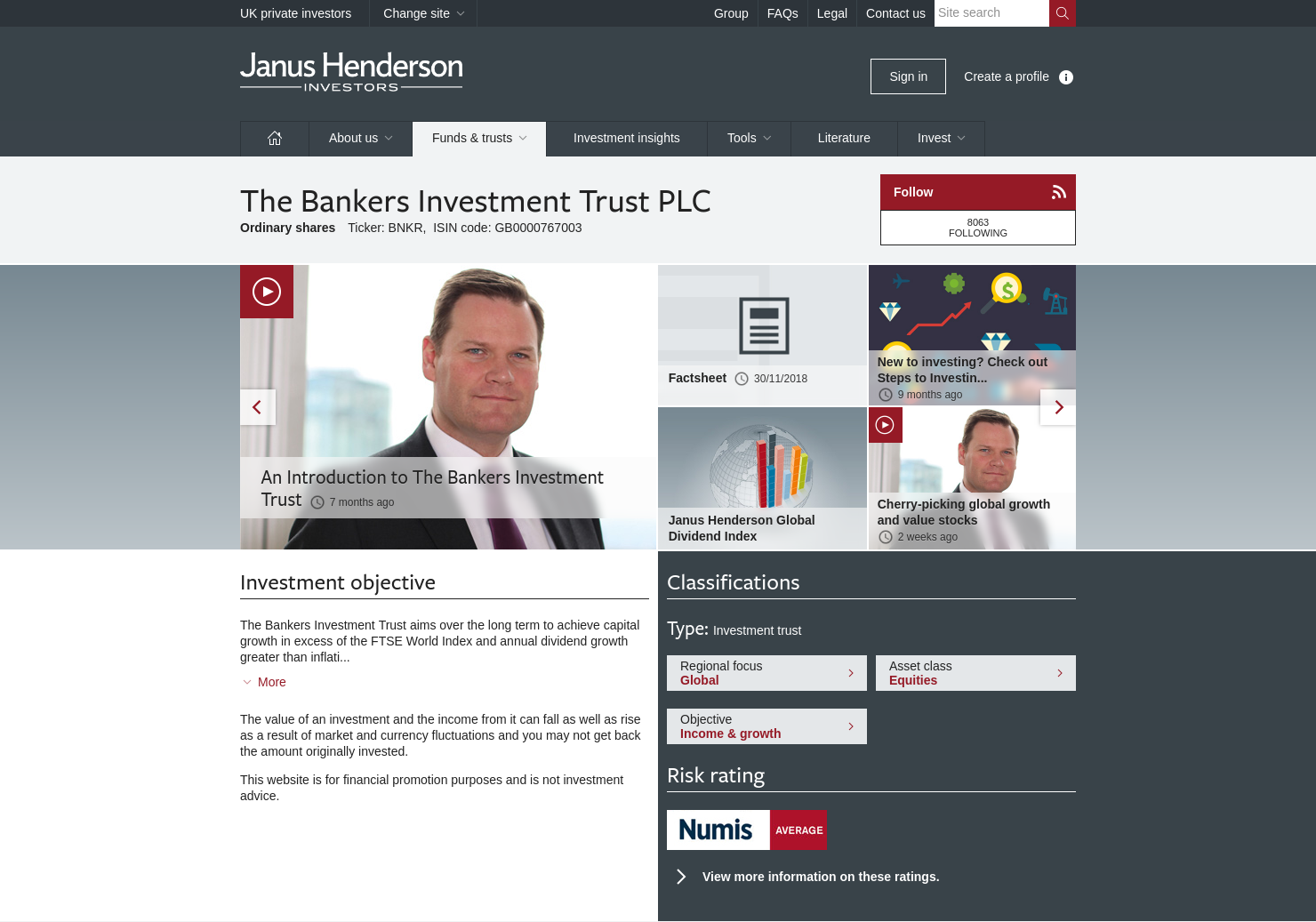